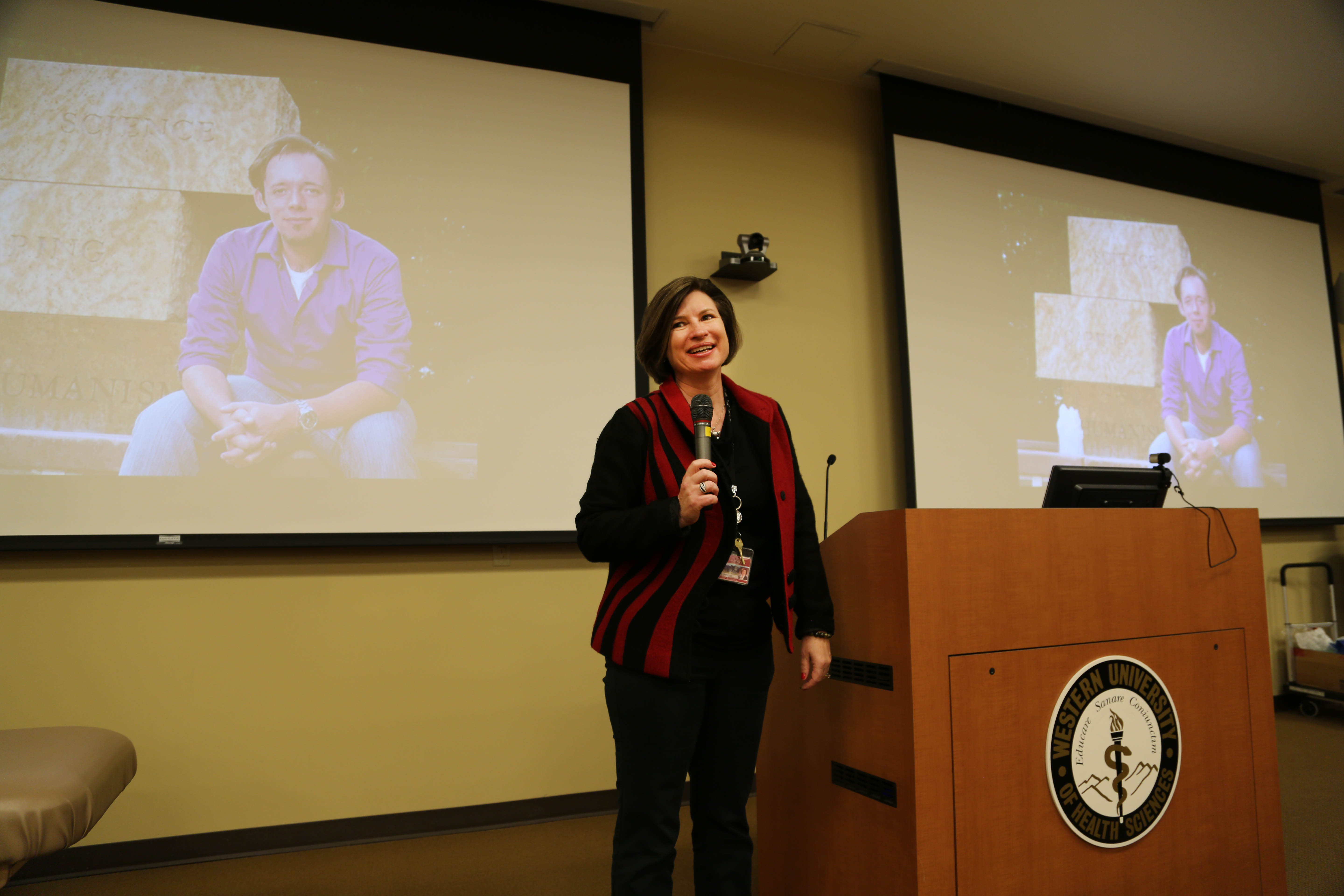 By Jeff Malet and Michelle Steinhebel  •  4 years ago 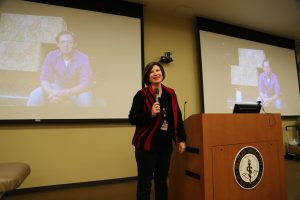 Sean Wyman, DO ’17, passed away April 13, 2018, less than 24 hours after being placed on the lung transplant list at the Cleveland Clinic.

Wyman earned his MSMS degree from Western University of Health Sciences, and graduated from WesternU’s College of Osteopathic Medicine of the Pacific last year. He suffered from Pulmonary Hypertension and worked tirelessly to raise awareness of the disease by creating an animated series called “Lips Painted Blue.”

“One of his dreams was to become an osteopathic physician, and he fought so hard to accomplish that dream,” said Paula M. Crone, DO ’92, Dean of COMP and COMP-Northwest. “He dedicated every single day to that dream, and I can’t tell you the number of times he was in my office talking about his coursework, his future, and his plans for residency.

“Today we honor Dr. Wyman. He is an example of a life that was so very well lived, but held the possibility of what a transplant could have saved if it had come in time,” Crone said.

In Oregon, more than 2.5 million people are on the Oregon State Donor Registry, said Aimeé Adelmann, director of education and outreach for Donate Life Northwest. Approximately 75 percent of adults in Oregon have decided to be organ donors. Last year, 34,786 transplants were performed in the U.S.

Adelmann is a two-time kidney transplant recipient. Her father gave her a kidney when she encountered medical problems as a senior in high school. Unfortunately, her body rejected the transplant and she was very sick for most of her 20s.

“On July 24, 2011, I received a second transplant, and that transplant really transformed my life. It was an almost perfect match,” Adelmann said.

Her experiences with organ donation led her to work with Donate Life Northwest. “If you filled Reser Stadium 2.5 times over, that’s how many people we have on the list in Oregon,” Adelmann said of the transplant list.

Beth Hoover, a board member for Donate Life Northwest, also spoke about her family’s experiences with organ donation. “As a member of a donor family, I have watched as others have walked this sacred path,” Hoover said. Her brother, father, and daughter were all organ donors.

Her younger brother, David, was an elite bicyclist, found frequently at the front of the pack. Within 15 seconds after crossing the finish line at a race at Portland International Raceway, he went into cardiac arrest.

“I like to believe that he was surrounded by an army of angels disguised as cyclists as he crossed the finish line and took his first breath in heaven,” Hoover said.

Her brother was an organ donor, and by being one was able to give second chances to more than 50 people. “In our sadness, we experienced true comfort and peace through this outstanding news,” Hoover said.

After David’s death, Hoover’s father became an advocate for organ donation, and when he passed, he also became a donor. “My 78-year-old dad with his beautiful green eyes became a cornea and tissue donor, giving the gift of life and sight like his son before him,” Hoover said.

Hoover’s daughter, Melissa, also was an organ donor. “With our shocking loss and sorrow, we experienced a beauty from the ashes when we learned that Melissa could also become a donor. She proudly followed her family’s footsteps,” Hoover said of her 34-year-old daughter’s unexpected passing.

Oregonians may sign up to be an Oregon donor when they receive a driver’s license or identification card at age 15 and older. Donors can also sign up with Donate Life Northwest.

On the campus in Pomona, California, COMP Assistant Dean for Student Affairs Michelle Emmert Park, EdD, invited two ambassadors from One Legacyto speak. The guests had different perspectives – one being from a donor family and one being a donor recipient.

Pomona resident Arthur Flores, who spoke as a donor-recipient ambassador, was a kidney transplant recipient in 2013. His wife donated her kidney, but in 2016 it was attacked by the BK virus and failed. He’s currently on the transplant list. In California, the waitlist is 8-10 years.

Kim Payne, a donor family ambassador for One Legacy, lost her 16-month-old grandson, Malakye, in 2011.

After arriving at the trauma center, her grandson was officially deemed brain dead. Her daughter’s boyfriend was responsible for his death. Mrs. Payne and her husband sat in a room at the hospital with their daughter and brought up organ donation. Her daughter immediately responded, “no.”

About 45 minutes later, her daughter looked at her mom with tears in her eyes and said, “Mom, if I can help somebody else from getting the news we got today, then I want to help by donating his organs.”

Malakye donated his heart, liver and both kidneys. The right kidney went to a 63-year-old grandmother and the heart went to a two-year-old girl, who after more than seven years is healthy.

“During Donate Life Month, I have come to realize either people don’t consider or don’t believe in donating organs,” Payne said. “I think it’s important to share my story, because the more people we can sign up for organ donation, the more lives we can save so that the donor we are here for today doesn’t have to be lost.”

California residents can sign up to become organ donors through Donate Life California. Currently there are more than 14.5 million donor registrants in California.