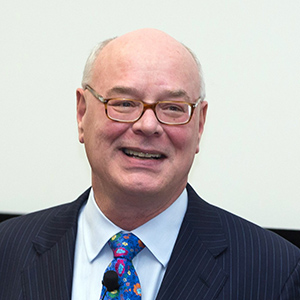 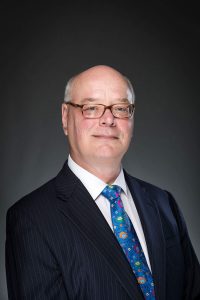 The second president of Western University of Health Sciences in its nearly 39-year history is a doctor’s son who studied at Yale, Harvard and Cambridge, ran a hospital as well as a large academic medical center, and has taught hundreds of today’s physicians or other health professionals. But at heart, he is a small-town Iowa boy who grew up fascinated by, and caring for, his friends, neighbors, and all others who crossed his path.

Dr. Wilson marked his first full day as president on the Pomona campus on Tuesday, July 5, following the Fourth of July weekend.

“We believe Dr. Wilson will lead the University into the challenges of the future with the support of the Trustees, administration, faculty, staff, and, of course, students,” said Richard Bond, DO, DrPH, chair of the WesternU Board of Trustees.

“Dan Wilson’s experience, skills, education and personal philosophy make him an ideal fit for WesternU,” Dr. Pumerantz said. “He has a deep understanding and appreciation of the humanistic philosophy that lies at the core of our institution, and the capacity to take the University to new heights in health sciences education, research, and patient care.”

Wilson, 60, a native of Manson, Iowa, was hired by the Board of Trustees following a 10-month national search, screening and interview process that yielded an initial field of 50 health administration professionals. Wilson was one of three finalists who met with various constituent groups and individuals at WesternU in January, and made presentations at individual town hall sessions on campus.

“From the moment Sandy and I first stepped foot on campus, we immediately felt a true community of purpose with a vibrant and positive culture. A culture in which, at any time, thousands of young people in all the health professions are learning how science and humanism must converge, if patients are to recover, disease is to be prevented, and more importantly, well-being is to be fully attained,” Wilson said.

As UF Health Science Center Vice President and Dean of Medicine, Wilson oversaw the academic, clinical and research activities for the University of Florida in Jacksonville, which includes a 695-bed teaching hospital and schools of clinical medicine, nursing, and pharmacy.

Prior to joining the University of Florida, Wilson was Chairman of Psychiatry at Creighton University, where in 12 years he expanded the full-time psychiatric faculty from three to 30, raised clinical service and revenue six-fold, and grew the research portfolio from zero dollars to $17 million. He had arrived at Creighton from Ohio where he was medical director of the largest state hospital and served as a professor at the University of Cincinnati, and from 1987-92 he directed neuropsychiatry at McLean Hospital & Harvard Medical School in Boston.

Dr. Wilson is also an anthropologist and forensic psychiatrist and recently concluded a term as president of the American Neuropsychiatric Association. He has been an invited lecturer at more than 200 universities or professional societies worldwide with more than 350 formal scholarly communications, including more than 100 refereed research reports, chapters or other submissions, and more than 100 abstracts or presentations at national and international meetings. He has been principal investigator on more than 40 grants, with more than $10 million funded as a PI and Co-I or consultant on 50 other studies.

Dr. Wilson earned his bachelor’s degree in anthropology from Yale, a medical degree from the University of Iowa College of Medicine, and a PhD in biological anthropology from Cambridge. He was an intern, resident and fellow at Harvard Medical School and McLean Hospital.