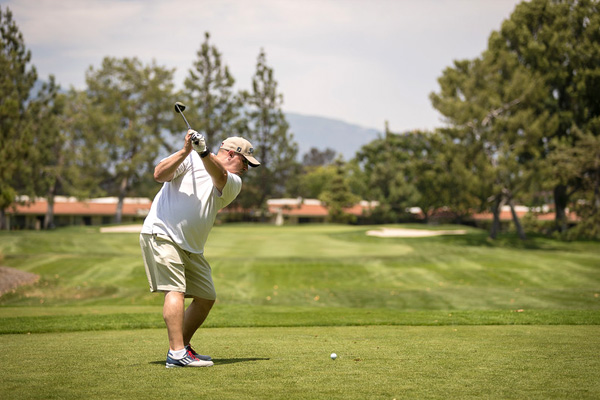 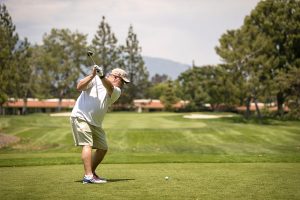 For the second year in a row, Western University of Health Sciences’ annual Towne & Gown Golf Classic raised more than $30,000 for student scholarships.

Tournament sponsor T.F. Chen, DDS, underwrote all green fees, carts, lunch and dinner for the 100 golfers who participated in the scramble-format tournament on June 27, 2016 at Red Hill Country Club in Rancho Cucamonga, California.

WesternU Director of Development for Optometry and Podiatric Medicine Amanda Behnke, MBA, MSEd, won the helicopter golf ball drop and the 50-50 cash prize. Three hundred numbered golf balls were dropped from a hovering helicopter, and Behnke’s ball landed in the hole. She donated most of her winnings back to the scholarship fund at the tournament dinner, as hers was the winning live auction bid for a seven-day stay at the Lake Tahoe Grand Marriott Resort. The helicopter drop was streamed live via webcast, allowing those who could not attend the tournament to watch the “chopper dropper.”