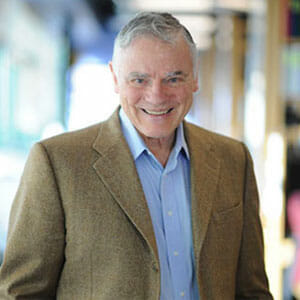 The lecture is free and open to the public. Click here for more information: https://www.westernu.edu/lecture/#home

Leroy “Lee” Edward Hood, MD, PhD, a biologist who has served on the faculties at the California Institute of Technology and the University of Washington, will present “Scientific Wellness is Catalyzing a Revolution in 21st Century Medicine.”

Hood developed groundbreaking scientific instruments that made possible major advances in the biological sciences and the medical sciences. These include the first gas phase protein sequencer (1982) for determining the amino acids that make up a given protein; a DNA synthesizer (1983) to synthesize short sections of DNA; a peptide synthesizer (1984) to combine amino acids into longer peptides and short proteins; the first automated DNA sequencer (1986) to identify the order of nucleotides in DNA; ink-jet oligonucleotide technology for synthesizing DNA; and nanostring technology for analyzing single molecules of DNA and RNA.

Hood established the first cross-disciplinary biology department, the Department of Molecular Biotechnology (MBT), at the University of Washington in 1992, and co-founded the Institute for Systems Biology in 2000. He is credited with introducing the term “systems biology,” and advocates for “P4 medicine,” medicine that is “predictive, personalized, preventive, and participatory.” Scientific American counted him among the 10 most influential people in the field of biotechnology in 2015.

This lectureship, in honor of WesternU Founding President Dr. Philip Pumerantz, is made possible by a generous donation from Dr. Elaine Sarkaria and the late Dr. Daljit Sarkaria of Orange, California.