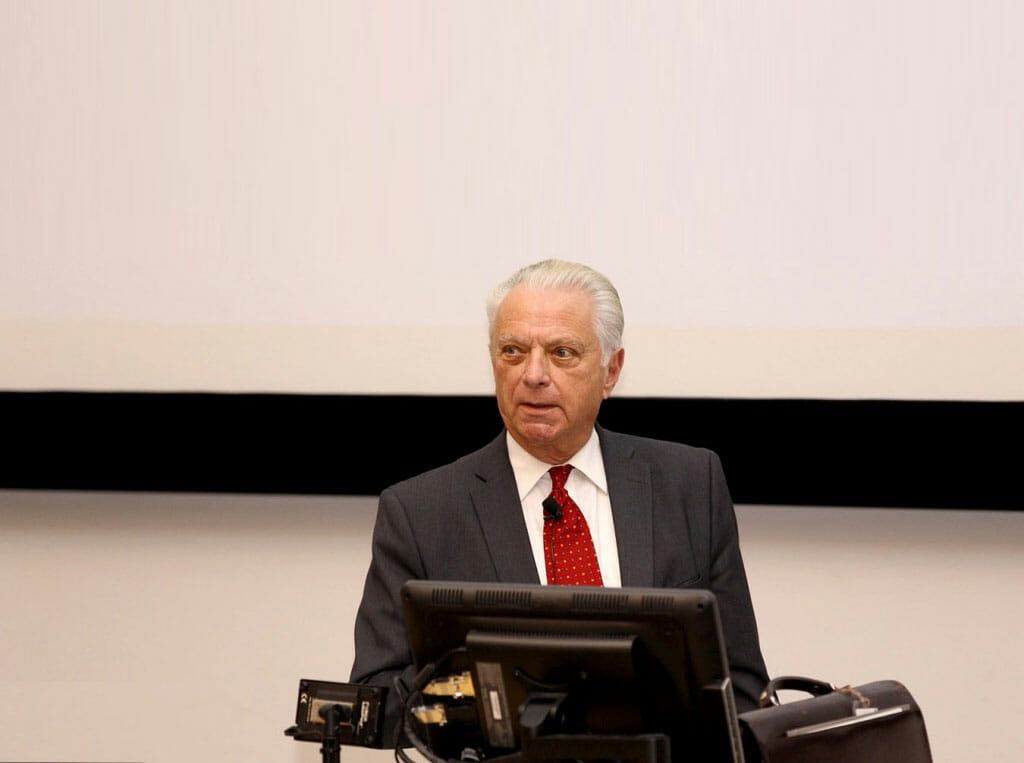 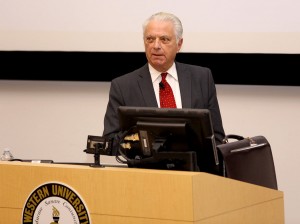 An obese woman comes into a doctor’s office, and the doctor thinks he is helping her address her problem by putting her on a diet. She loses 150 pounds, but then quickly regains the weight.

Confused by this outcome, the doctor delves deeper and learns this patient was molested as a child. She ate food to feel better, then discovered that obesity reduced sexual notice, providing her with a sense of protection.

Sometimes, what presents as the problem may in fact be somebody’s attempt at a solution.

A renowned physician and researcher, Felitti is one of the world’s foremost experts on childhood trauma. Leading the charge in research into how adverse childhood experiences affect adults, he is co-principal investigator of the internationally recognized Adverse Childhood Experiences (ACE) Study, a long-term, in-depth analysis of more than 17,000 adults.

“We found that adverse childhood experiences are very common and quite disturbing, and hence mostly unrecognized,” Felitti said. “They are powerful predictors of later adult social malfunction, health risks, biomedical disease and premature death. Integrating these findings into primary care practice has produced significant reductions in medical care costs, but it has been surprisingly resisted.”

The ACE Study asked more than 17,000 adults about adverse childhood experiences such as psychological, physical and sexual abuse, violence against their mother, and family members who were imprisoned.

Felitti and his team created an ACE score for each person, which is the sum of the number of categories of adverse childhood experiences. Sixty-seven percent of the participants experienced at least one or more ACE categories. The higher the ACE score, the greater the likelihood of that person being an alcoholic, a smoker or a methamphetamine user.

“With an ACE score 6 and higher, there is a 4,600 percent increase in the likelihood of that person becoming an injection drug user as compared to an ACE score 0 individual,” Felitti said.

An ACE score 4 is related to an almost 60 percent prevalence in women with self-acknowledged chronic depression. With an ACE score 6 and higher, the likelihood of attempted suicide is between 3,100 and 5,000 percent greater than with an ACE score 0, Felitti said.

Felitti presented several video testimonials from patients describing their childhood traumas and subsequent health problems as adults. One woman who was molested as a child reacted by becoming a three-pack-a-day smoker. She explained that smoking three packs a day creates a certain barrier around you and holds people at a certain distance. Her husband convinced her to stop smoking at age 35.

“After she stopped smoking, she was suddenly faced with lots of male sexual attention, which she had no experience in handling,” Felitti said. “She ate to ease her anxiety, and quickly got herself up to 310 pounds. She went into respiratory failure and needed oxygen 24 hours a day.”

She entered an obesity program, which took her weight down 150 pounds and eliminated the need for an oxygen tank. But she was again faced with unwanted male sexual attention. She consciously made the decision to gain back the weight and accept the fact that she will be on oxygen the rest of her life.

“I finally came to the realization the reason I put the weight back on was to protect myself,” she said in a video interview.

“The key point here is that what can be viewed in public health as a problem may be viewed by the individual involved as a solution to problems we know nothing about,” Felitti said. “That has a lot to do with why certain problems are so difficult to treat. We’re not treating somebody’s problem, we’re treating their solution.”

This provides important insight into potential origins of alcoholism, drug use, smoking, promiscuity and violence.

“It’s hard to give up effective short-term coping devices, particularly at the behest of somebody who has no idea what’s going on,” Felitti said. “This is the public health paradox — that many of our most common intractable public health problems are indeed that, but on an individual basis are often unconsciously attempted solutions to personal experiences that occurred in childhood and were lost in time and then further concealed by shame, by secrecy, and by social taboos against exploring certain realms of human experience.”

Another patient who shared her story was Carol Redding, who was sexually abused, neglected, starved and beaten as a child.

“The downside of having this kind of childhood is it translates into health problems in adulthood, at least in my situation it seems to have done,” she said in a video. “I’m now recovering from my third battle with cancer — three different kinds of cancer. I’ve had chronic pelvic pain, migraines, a whole laundry list of medical complaints. Growing up that way instills a constant fear, a constant state of turmoil that’s just under the surface, a veneer that’s really thin. Little things become scary in an atmosphere like that, and once you’ve internalized all that, it’s difficult to let go of it.”

With an ACE score of 6 or higher, the likelihood of premature death is markedly increased. Life expectancy is shortened by 19.8 years, Felitti said.

Felitti had some success in utilizing ACE questions to help him understand and treat many problems that previously seemed intractable. As a result, doctor office visits fell by 35 percent and emergency room visits by 11 percent the next year. Although utilizing a trauma-oriented comprehensive medical history has not been widely accepted, Felitti said he has come to realize that asking, listening and implicitly accepting what a patient wants to share with him is very powerful.

The lectureship was established in Dr. Austin’s memory by his wife, Gloria, their children, Charles, Douglas and Lynette, and their families. It is designed to honor and perpetuate his lifelong love of medical practice and his pursuit of pediatric knowledge in the health professions. He was a faculty member at COMP until his retirement in 1981.