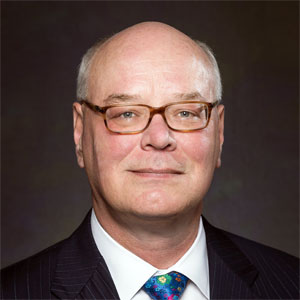 For only the second time in its 40-year history, Western University of Health Sciences will inaugurate a new president.

Dr. Wilson became president of Western University of Health Sciences on July 1, 2016. He succeeded President Emeritus Philip Pumerantz, PhD, who established WesternU’s founding college, the College of Osteopathic Medicine of the Pacific, in 1977 and served for 38 years.

Dr. Wilson is a Distinguished Fellow of the American Psychiatric Association, past president of the American Neuropsychiatric Association, and has been an invited lecturer at more than 200 universities or professional societies worldwide. His research includes more than 350 formal scholarly communications, including more than 100 refereed reports, chapters or other submissions, and more than 100 abstracts or presentations at national and international meetings. He has been principal investigator on more than 40 grants, with more than $10 million funded as a PI and Co-I or consultant on 50 other studies.

Dr. Wilson earned his BA in anthropology at Yale University, his MD at the University of Iowa, and his PhD in biological anthropology from Cambridge. He performed his internship, residency and fellowship at McLean Hospital & Harvard Medical School.