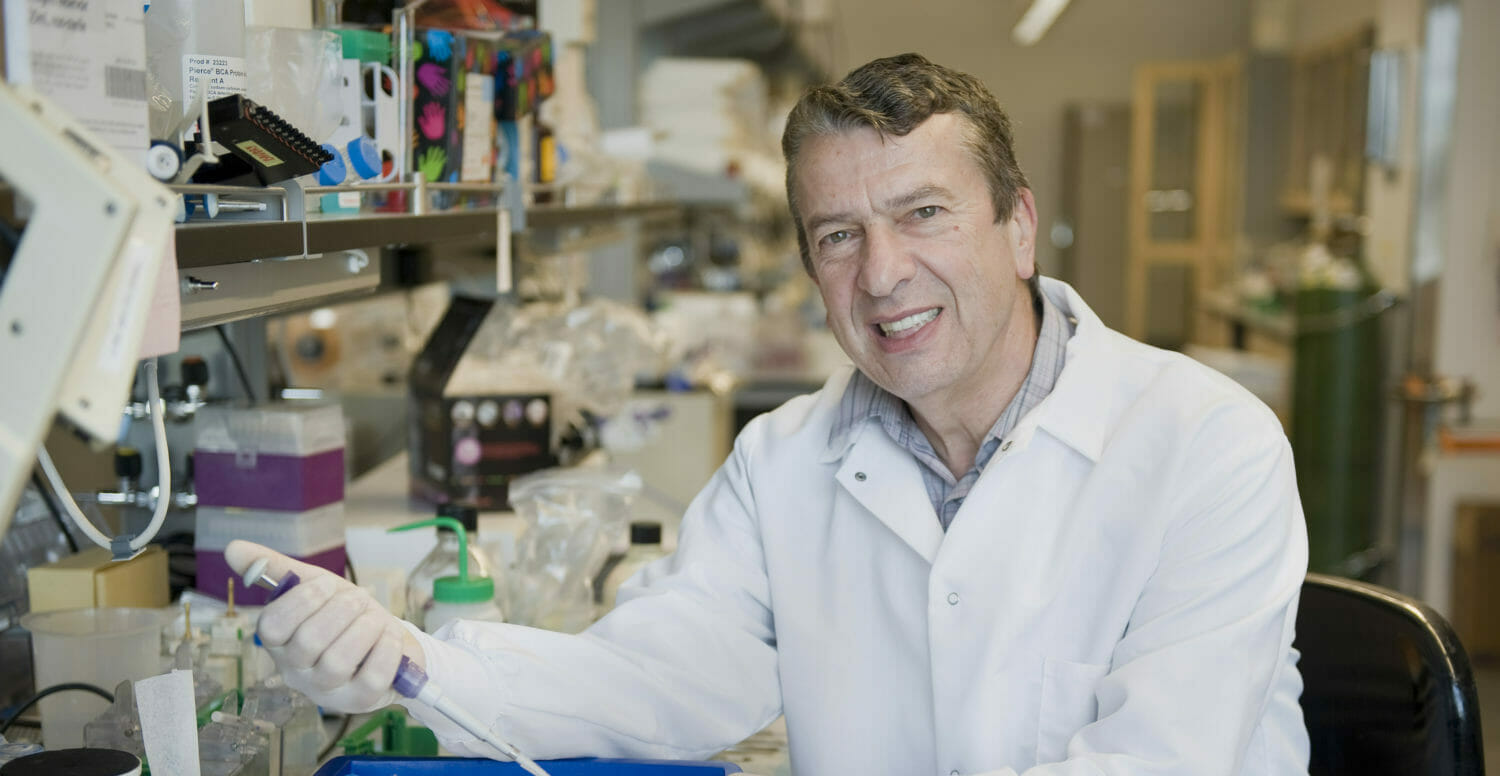 WesternU professor among top neuroscientists in the world

WesternU professor among top neuroscientists in the world 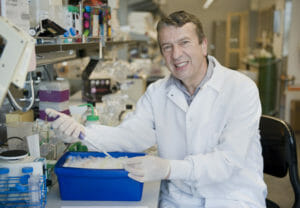 Michel Baudry, PhD, was inducted as a Fellow of the American Association for the Advancement of Science.(Jeff Malet, WesternU)

In a journey of discovery that has spanned from France to Southern California, Western University of Health Sciences Graduate College of Biomedical Sciences Professor Michel Baudry, PhD, has reached a pivotal moment in his career.

Baudry was inducted as a Fellow of the American Association for the Advancement of Science (AAAS) on Feb. 8, 2021. This prestigious honor recognizes 40 years of achievement in neuroscience and comes at a momentous time in the development of his life’s work.

His research into the mechanisms of learning and memory – specifically in the roles of the calcium-dependent proteases calpain-1 and calpain-2 in neuroprotection and neurodegeneration – has culminated in the development of a molecule that could have wide-ranging impact on treating concussions and other traumatic brain injuries.

“We have now reached a point with our research where we are ready to move into translation, and we hope to start clinical trials in 2022,” Baudry said. “So all these years of hard work not only are being recognized by my peers, but have also led to something that could have broad societal implications and health care implications. As we get older, what we want people to see is not only the body of work we have done, but also the translation of this body of work.”

Baudry was elected as an AAAS Fellow in the Section on Neuroscience for “distinguished contributions to the field of molecular and translational neuroscience, in particular, to the understanding of the roles of calpain-1 and calpain-2 in synaptic plasticity and neurodegeneration.”

Becoming an AAAS Fellow is also a message for the younger generation, Baudry said. “The process works. You do research, you get recognized for your work,” he said.

In his 42 years as a researcher, he has worked with 18 postdocs, 35 graduate students, many undergraduates and obtained more than $12 million in grants and contracts. He has a number of WesternU students working in his lab, as well as undergraduates from neighboring institutions.

“This is also part of my mission to train and inform the next generation of scientists,” he said. “I love graduate students. I do think this is an important part of what we do, to not only to do science, but also to educate and train the next generation of scientists. Ultimately what you want is when these students graduate, they have learned the research process. They learned that research is exciting and that research works. The point is you make discoveries no one has made before.”

Baudry earned his PhD in France in 1977 and moved to the U.S. in 1978 for postdoctoral work at the University of California, Irvine with Dr. Gary Lynch. He wanted to understand the molecular mechanism of Long-Term Potentiation (LTP), a cellular model of learning and memory. ​He moved on to USC from 1989-2011, with many ups and downs as he explored avenues, ran into dead ends, and eventually found the right path – calpain.

Caleb Finch, PhD, Professor and ARCO/William F. Kieschnick Chair in the Neurobiology of Aging at the USC Leonard Davis School of Gerontology, has been a colleague and collaborator of Baudry’s for 45 years, first meeting when Baudry was at UC Irvine and then working together when both were at USC.

“He’s a person of wonderful intellectual energy, very positive, and a great person to sit down and design experiments with, look at difficult data, or have a glass of wine with at the end of the day,” Finch said. “He represents the joie de vivre of the French culture both intellectually and socially.”

Baudry has had tremendous successes through the years, but science is also full of gut-wrenching disappointments, Finch said.

“If every experiment worked, you’re not doing interesting experiments,” he said. “(Baudry) has done a lot of difficult, probing, pioneering experiments that had multiple interpretations that required more experiments to dig into the actual mechanisms.

Baudry joined WesternU in 2012, and his research into the roles of calpain-1 and calpain-2 continued to produce results using a mouse model.

“We found calpain-1 is neuroprotective. You need calpain-1 to protect and calpain-2 is critical for neurodegeneration,” Baudry said. “If we have a selected way to inhibit calpain-2, this inhibitor could have two effects. It could facilitate learning and it could be neuroprotective when you have an insult to the brain.”

Starting a Phase I clinical trial in 2022 might allow his discovery to be brought to market as a neuroprotector.

“We have shown we can protect mice from the pathological consequences of concussion and traumatic brain injury. Now we need to show it works in humans. That is the only thing left for me to do. Once we do that, I can just take a big break,” Baudry said. “How many scientists have the ability to get a shot on goal? I have a shot on goal. Now we can prove or disprove that what we found in animals is working on humans. I cannot wait to be in the clinic.

“I love my research. I love the process. I love the challenges and the ‘Eureka moments,’ when you see something no one has ever seen before,” Baudry said. “That’s the reward. The reward is indeed the discovery. That’s exciting.” 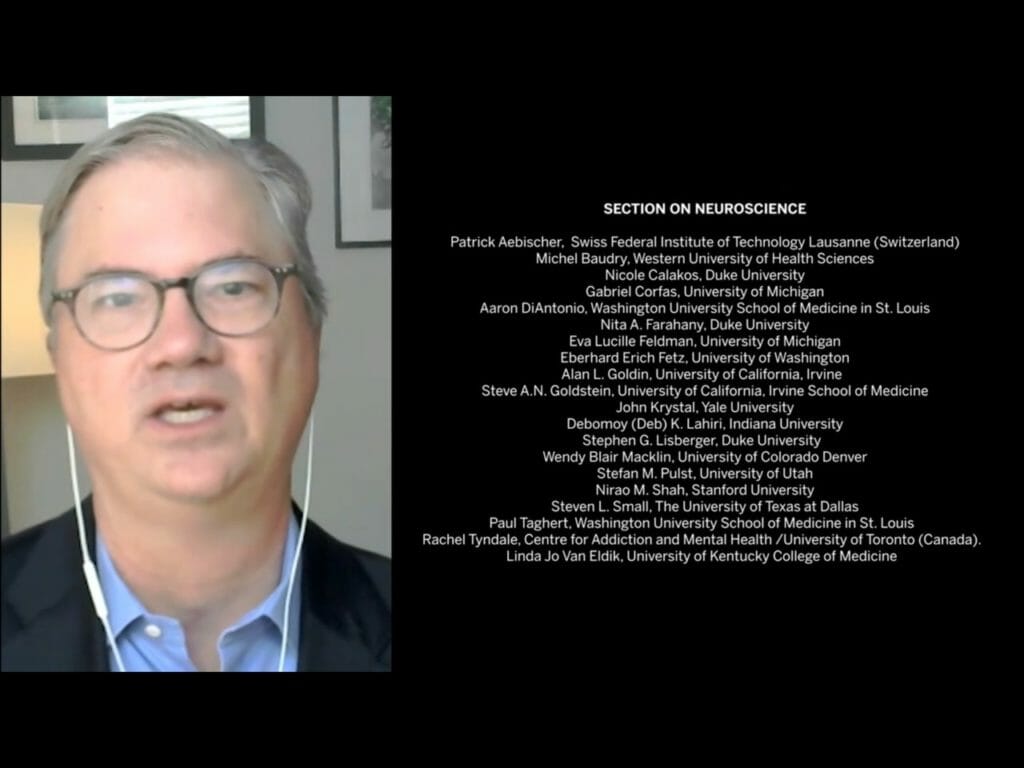 Dr. Holden Thorp, Editor-in-Chief of the Science family of journals, speaks during the AAAS 2021 Fellows Forum as WesternU Professor Michel Baudry and other are recognized for becoming AAAS Fellows.