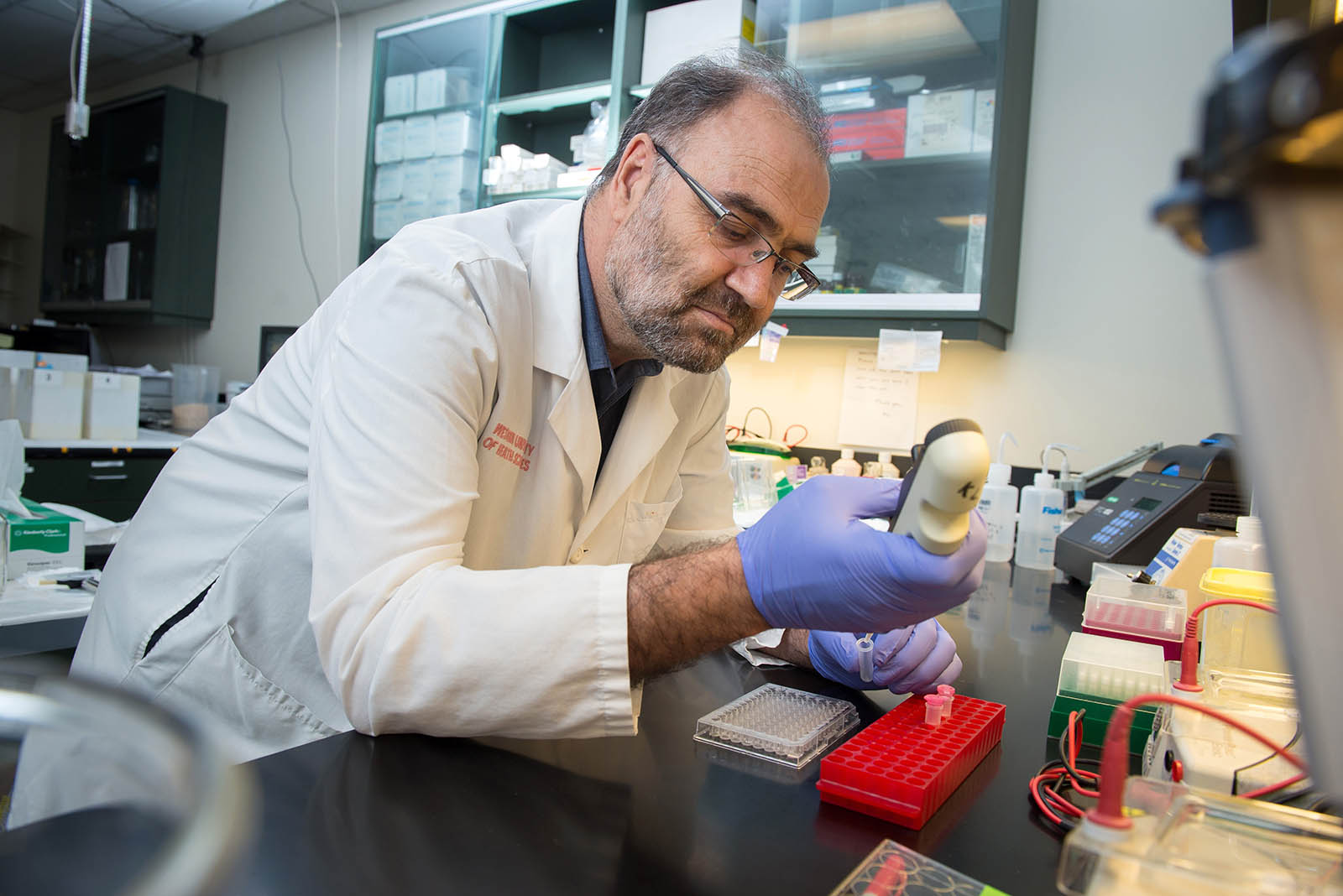 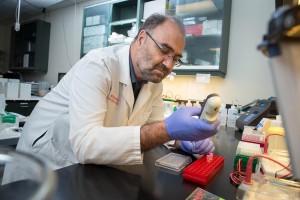 Dr. Lutfy’s research looks to enhance understanding of the neurosciences of nicotine use and abuse. TRDRP is funded through the Tobacco Tax and Health Protection Act, approved by California voters in 1988.

“This is a great achievement for myself, the college and the University, as well for my lab members,” Lutfy said. “This is very good seed money. We are able to continue doing our research and have the resources for it.”

Lutfy has been involved in nicotine research for about four years. Nicotine, the active ingredient in tobacco, has both pleasurable and aversive effects, which are known to play a critical role in nicotine addiction. While the rewarding action of nicotine contributes to the initiation of addiction to it, the aversive effect of nicotine hampers its initial use and helps some people not to become addicted.

Thus, novel key mechanisms and pathways that facilitate the aversive effects of nicotine and/or reduce its pleasurable actions need to be characterized, since they can be potential targets for the development of medications to curb nicotine addiction.

Humans’ central and peripheral nervous systems make a peptide called pituitary adenylyl cyclase activating polypeptide (PACAP). This peptide and its binding sites, which are called PACAP receptors, are found in brain regions implicated in stress response, reward, motivated behaviors and, importantly, in nicotine dependence and addiction. Preliminary results have revealed that nicotine can increase the level of this peptide in the hypothalamus, suggesting that PACAP may be involved in the actions of nicotine, Lutfy said. 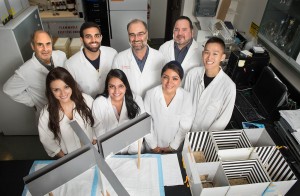 Staff, students and faculty in the College of Pharmacy, under the leadership of Associate Professor of Pharmaceutical Sciences Kabir Lutfy, pose in a research lab at WesternU with an elevated plus maze, which is used to measure anxiety, left, and a conditioned place preference apparatus, which measures the preference of animals for one chamber over the other and is used to measure the rewarding and aversive effects of different compounds. From front left: Angel Garcia; Prableen Singh, MSPS ’15; Anita K. Ahoura and Arthur Chen. Back row: Abdul Hamid; Osman Farhad; Kabir Lutfy and Paul V. Marquez. (Jeff Malet, WesternU)

“In support of this hypothesis, we found that the aversive effect of nicotine was blunted in mice lacking this peptide, and nicotine consumption was enhanced in these mice compared to their wild-type controls,” he said. “Together, these results clearly show that this peptide plays a critical role in the reinforcing and aversive actions of nicotine. Therefore, the goal of the current grant application is to fully characterize the role of endogenous PACAP in the motivational effects of nicotine. We also plan to determine the effect of exogenous PACAP and related compounds. This is the translational aspect of the current grant application, because if PACAP is found to alter these effects of nicotine, this peptide and its receptors may be a potential target to develop medications to treat nicotine addiction.”

The peptide regulates stress circuits as well, Lutfy said, which might be another mechanism to develop medications for nicotine cessation.

“Withdrawal symptoms happen if you stop taking nicotine. (The person) physically and mentally feels awful,” he said. “They’re depressed and anxious. These negative affective symptoms push the addicts to the edge, and therefore they relapse and continue smoking.”

Lutfy has received numerous grants as the Principal Investigator, including R01, K01, NARSAD Young investigator Award, and SBIR Phase I. He has also served as the Co-PI, Project PI, Co-director and consultant on R01, R21, MIDARP, and DIDARP grants and also published more than 70 papers. Lutfy received the Provost’s Distinguished Scholar Award at WesternU’s 2015 Convocation ceremony in August.

Earlier this year, Lutfy and his collaborators from Cornell University, the University of Pennsylvania, and Columbia University published a paper in Nature and showed that group 2 innate lymphoid cells (ILC2s) are expressed in human white (WAT) adipose tissue. Decreased responses of ILC2s are a characteristic feature of obesity in humans and mice. The cytokine IL-33 maintains ILC2s in WAT. ILC2s regulate obesity by increasing caloric expenditure, a process known as beiging. In this groundbreaking study, it is demonstrated that the production of methionine-enkephalin peptides by the ILC2s promote beiging. This study presents a new pathway that can be targeted to combat obesity and diseases associated with obesity.

“The goal of all scientists is to publish in either Science or Nature,” Lutfy said. “I feel very fortunate to have my name on this paper.”