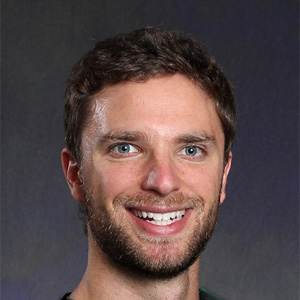 Four years ago, third-year College of Osteopathic Medicine of the Pacific (COMP) student Ryan Bart taught magic to at-risk youth in the dangerous and impoverished slums of Bogotá, Colombia.

On September 25, 2016, Bart will reunite with his former students from Colombia and perform magic in New York at Performing the World, and later that night will perform at The People’s Improv Theater (The Pit) with support from NYC magicians Eli Bosnick and Joshua Jay.

“Our students have overcome major hurdles in their lives, and we are walking with them to overcome the poverty cycle,” Bart said. “There is no better way to reunite with our magic students than on the big stage in NYC this September.”

While attending Gonzaga University, Bart was awarded a Fulbright scholarship to teach English at a university in Colombia. During his Fulbright post-graduate studies, Bart worked with Magicians Without Borders (MWB), establishing a social project to bring magic to the slums and hospitals.

When Bart left, he turned the program over to Colombian magician Carlos Lopez from Connecting Smiles, who now directs MWB Colombia. Bart said he’s excited and proud of the students’ growth as individuals and as magicians.

“Our students are ready for prime time, and I cannot wait to see them,” he said. “They are an inspiration to me every single day.”

Bart also will give a TEDx talk in Spokane, Washington at TEDxSpokane on Oct. 22, 2016. His topic is “Cultivate magic: Plant seeds of sustainability.” Click here and check out Ryan’s video from last year’s TEDxFulbright talk in Santa Monica

Click here to read more about Ryan, who was featured in the Summer 2015 WesternU View magazine.