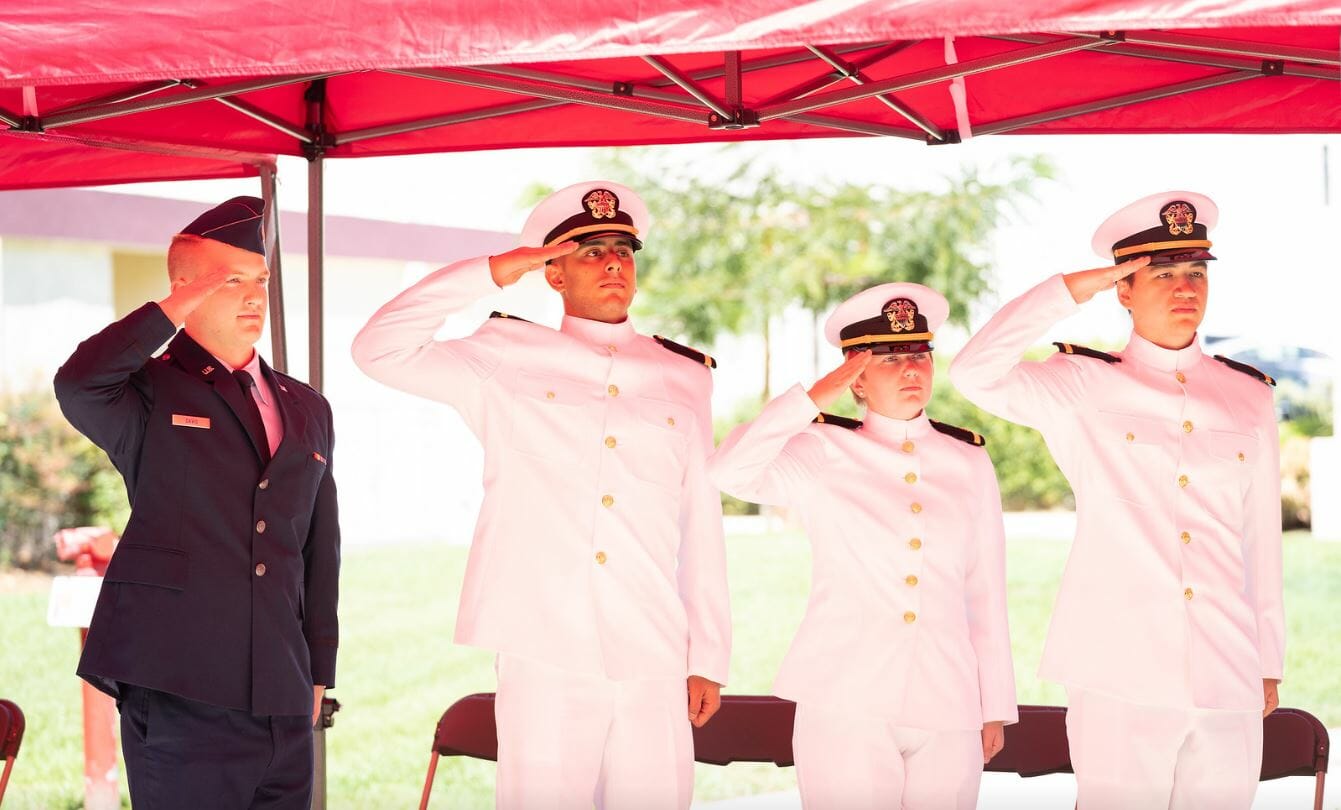 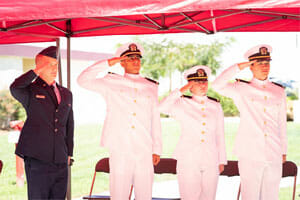 Western University of Health Sciences honored those who died in the September 11, 2001 terrorist attacks, with guest speakers offering words of remembrance and a call to serve others.

WesternU’s Military Medical Student Association held its annual memorial service on the WesternU Pomona campus Sept. 11, 2019. Among the guests were representatives from the Pomona Police Department, the Los Angeles County Fire Department, and the city of Pomona.

“Today I would like us to not only have thoughts and prayers for those who lost their lives both in the towers and especially the first responders who answered the call of duty to go into harm’s way and make the ultimate sacrifice,” said WesternU Senior Vice President and Provost David Baron, DO, MSEd, “but more importantly, to celebrate the level of commitment that we make as health care providers to our patients, and that police, fire, military and all first responders make as a band of brothers and sisters to answer to a higher calling, to be willing to make that ultimate sacrifice.”

Pomona Police Chief Michael Olivieri said Americans remember, memorialize and vow to never forget the tremendous loss of life suffered 18 years ago when terrorists commandeered four U.S. airliners and flew two of them into the World Trade Center towers in New York City and a third into the Pentagon in Washington, D.C. The fourth jet crashed in a field southeast of Pittsburgh, PA. In all, nearly 3,000 people died in the attack, with another 6,000 sustaining injuries.

Olivieri said America pays tribute to the heroes who raced towards the chaos, including members of fire and police, medical professionals, and everyday citizens. More than 300 firefighters and more than 60 police officers lost their lives, with many of them rushing into the doomed buildings as everyone else rushed out, he said.

“Most of us here today are in the line of work to help others. On this day we gather to remember and renew our pledge to serve our fellow Americans in any way we can,” Olivieri said. “The numerous 9/11 memorials that are taking place today throughout the nation are tributes — they are a reminder to all of us that Americans are strong, we are caring, and in times of crisis we come together as one.”

“Here on WesternU’s campus, I would like to thank you, medical professionals, and everyone around us – our fire department, our police department – because you are getting ready and trained in making sure there is always hope and always love uniting everyone and making sure in our darkest times you are our light,” said Pomona Vice Mayor Victor Preciado. “This day will always be remembered in our hearts.”

Second-year College of Osteopathic Medicine of the Pacific student and U.S. Air Force 2nd Lt. Gavin Davis, who served as master of ceremonies, challenged everyone to go forward with an attitude of service.

“Let us not take for granted this precious time that we have on earth. Instead, let us each seek out opportunities to serve those around us,” Davis said. “The world has enough vanity and selfishness. To honor those who died, we should live with optimism and happiness by seeking out service, great or small, heroic or simple. It might be challenging to step beyond our personal comforts, but without kindness and compassion we limit only ourselves. Today and every day, let us reflect on the ways that we have been served, and pay it forward in any way we can and at every opportunity.”

The ceremony opened with a performance of “The Star-Spangled Banner” by the WesternU Chamber Singers, and closed with Tom Laffey of Bugles Across America performing “Taps” followed by a moment of silence for those who lost their lives on September 11 and those who gave their lives in defense of the United States.