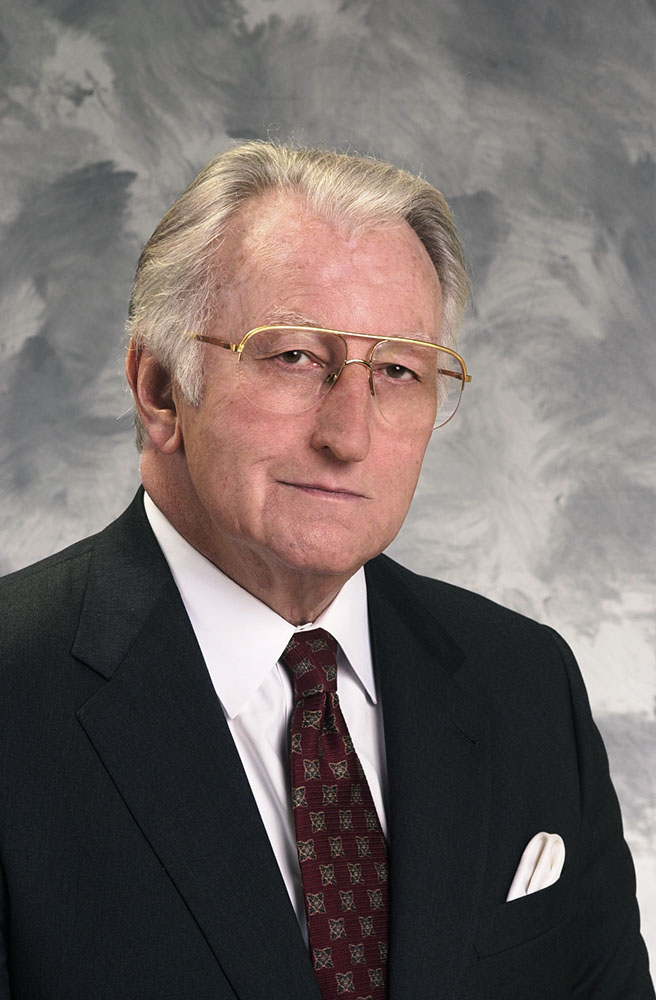 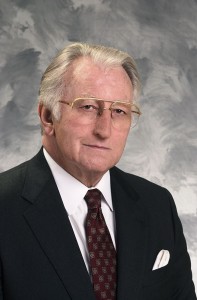 Western University of Health Sciences President Emeritus Philip Pumerantz, PhD, is now a Trustee Emeritus of the WesternU Board of Trustees.

Dr. Pumerantz, who founded the College of Osteopathic Medicine of the Pacific (COMP) in 1977, retired in September 2015 after serving 38 years as WesternU’s founding president. As president, he also served as an ex officio member of the Board of Trustees throughout that time.

By naming him Trustee Emeritus, the board hopes to keep him involved with the university, said Board of Trustees Chairman Richard A. Bond, DO ’82, DrPH.

“This relationship is of great benefit to the board and to all the schools,” he said. “Why conscript him this way? Because of all his years of service, to maintain his input and his wisdom.”

“Every member of the first class experienced (Dr. Pumerantz’s) hands-on guidance and problem-solving aptitude,” Bond said. “Along with Dr. Ethan Allen, Philip Pumerantz has been with WesternU from the beginning, really before the beginning. It is in the university’s best interests to keep him engaged and active with us. The board’s actions are rarely just ceremonial. They’re always for the betterment of the university.”

The Board of Trustees voted unanimously to give Dr. Pumerantz emeritus status at its Nov. 6, 2015 meeting.

“Since our university’s beginnings in 1977, we’ve been very fortunate to have a Board of Trustees that supports our mission, and that is visionary about what WesternU can accomplish,” Pumerantz said. “I’ve used the phrase ‘audacious yet wise’ to describe many of our institution’s undertakings over the years, and it applies to our board, as well. I’m honored to be named a trustee emeritus to this group of supportive and forward-thinking leaders.”