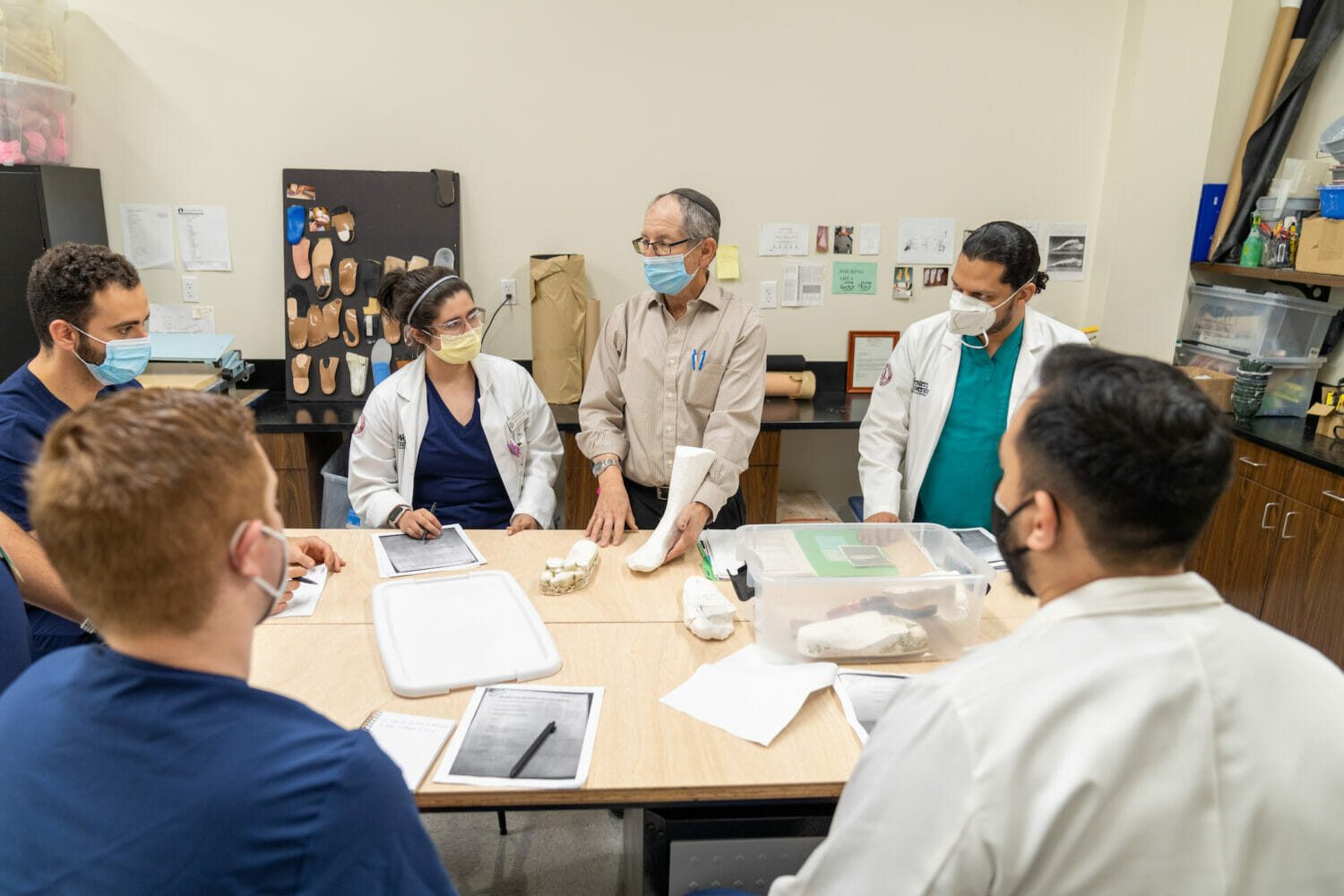 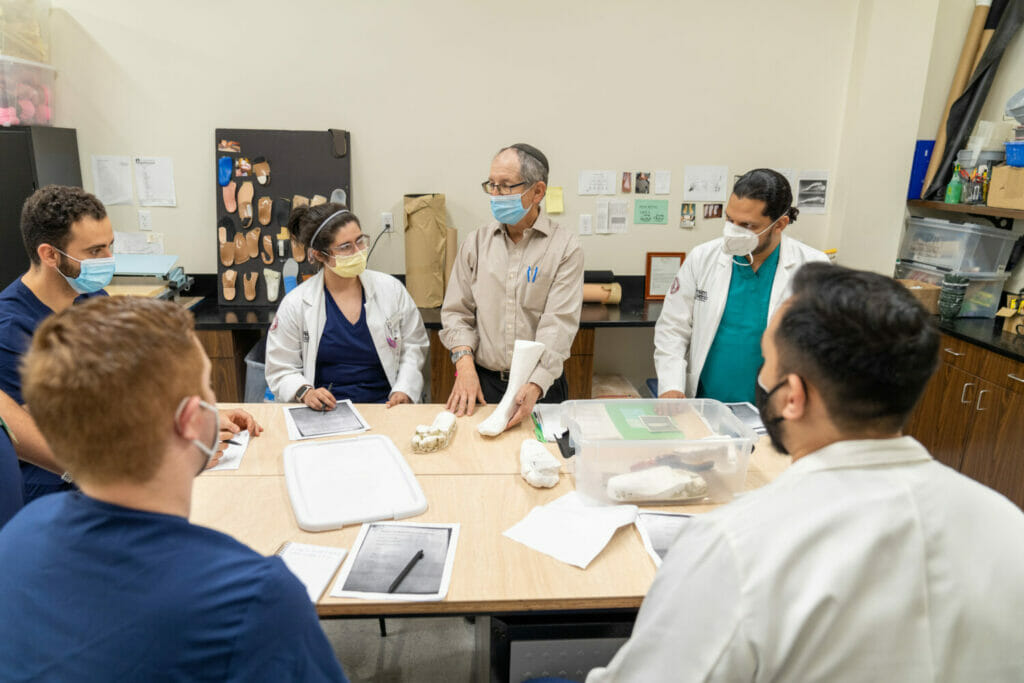 Western University of Health Sciences’ College of Podiatric Medicine (CPM) is developing an endowed fellowship that will provide recent graduates with mentorship and training directly linking them to the foundational pioneers in podiatric biomechanics.

Dr. Paul Scherer and Dr. Aaron Meltzer approached the College to house the Scherer-Meltzer Fellowship with the intent of educating and training the next generation of podiatric physicians who would teach biomechanics. They were concerned, along with many other DPMs educated in the 1970s and ‘80s, that the profession had become a surgical subspecialty and that podiatric physicians were losing their expertise in biomechanics. The pair had partnered in creation of a successful company, ProLab Orthotics, that created custom orthotics and now wanted to use their success to ensure that biomechanics continued to be taught.

Sadly, Dr. Scherer died before the fellowship was fully endowed. His widow, Annie, donated memorial contributions to WesternU for the endowment. CPM is seeking additional donors to support this important effort. Once fully endowed, CPM would select one DPM per year who has completed their residency. The Fellow would serve as a CPM clinical assistant professor and they would also travel to several of the prominent West Coast podiatric biomechanical labs and learn from those people who run those labs, including DPMs, physical therapists and orthopedists, said CPM Dean V. Kathleen Satterfield, DPM, FACPM, MAPWCA.

“These thought leaders will ensure the Fellow is well educated in podiatric biomechanics, and they would be encouraged to continue a career in academia,” Satterfield said.

A key endowment supporter, Christopher Smith, DPM, taught biomechanics at the California College of Podiatric Medicine for 30 years. He has donated over $100,000 to the fund and continues to make annual contributions. Dr. Smith is not only a podiatric pioneer in his own right, he also provides a direct link to Merton Root, DPM, who is considered the “Father of Podiatric Biomechanics.” Dr. Smith was a student in the first class that Dr. Root taught at the California College of Podiatric Medicine in the early 1960s.

Fellows would work with several podiatrists with connections to Dr. Root and other pioneers.

“They will receive an education from the masters before that knowledge is gone,” Satterfield said. “Dr. Root is long gone but his son, Jeff Root, is affiliated with a lab here in Riverside, KevinRoot Medical. How great to be able to study with people like that. If we don’t move now, we may lose that connection.” 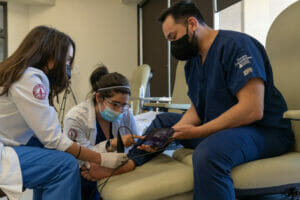 Reina Deogracias, DPM, from the WesternU Foot and Ankle Center, and a student use a portable ultrasound in the Gait and Biomechanics Lab. (Jeff Malet, WesternU)

Biomechanics is the study of biological systems, particularly their structure and function, using methods derived from mechanics, which is concerned with the effects that forces have on the motion of bodies.

“Excluding the toenails, I would say 95 percent of foot pathology – foot pain – is related to mechanical malfunction,” Smith said. “Improving the mechanics of the foot opens an immense door to the logical treatment of that structure.”

Early in his career, the podiatry profession was vigorously consuming all available information on biomechanics, Smith said.

“The profession wanted biomechanical information and for about 15 years or so, biomechanics was very much in demand,” he said. “Slowly, the profession lost its fascination with biomechanics, partially due to the expansion of our surgical laws and the availability of surgical residencies. But some never let go of it.”

Smith was one of the DPMs who didn’t let biomechanics go.

“Biomechanics caught my imagination,” said the co-founder of Northwest Podiatric Lab. “Even to this day, I don’t believe the whole mechanics of the foot has been accurately described and understood. There are still major unknowns, although we know much more than we knew way back when. Biomechanics of the foot is a three-dimensional, moving concept that is time related, requiring the practitioners to think in four dimensions. Many practitioners did disregard the biomechanical aspect of the foot, simply because of the complexities.”

Two biomechanical experts may offer differing opinions on a given case, and that’s OK, Smith said.

“Ultimately that will all even out because the reality will surface and the truth will set our understanding and subsequent treatment free,” he said. “So I just want to get us going to make sure we don’t lose this tool that we have to treat the foot because if we don’t use it, somebody else will. It would be a shame if it’s not podiatry.”

The drive behind this fellowship is to keep biomechanics alive, so the information, understanding, and clinical techniques are not lost, Smith said.

As podiatry gained more affiliation with mainstream medicine and surgery, the profession truly became a surgical subspecialty. Although many podiatric medical students take biomechanics classes, they don’t integrate biomechanics into their treatment, Satterfield said. There are, unfortunately, surgeons who perform surgery based on what they see on an X-ray, which is two dimensional, she said. But the body is three dimensional.

Satterfield’s late surgical mentor, Dr. Gary Jolly, former president of the American College of Foot and Ankle Surgeons, would sometimes test her on biomechanics at the scrub sink.

“If I could not describe to him the motion that we were trying to correct – not just what angles I was going to cut a bone or move a muscle based on an MRI or X-ray – if I couldn’t tell him which muscles were firing, how removing that tendon would affect that, I knew I wouldn’t be doing the surgery that day. He would be doing it,” Satterfield said.

“One of the reasons Dr. Scherer and Dr. Meltzer were interested in coming to WesternU is that our school has revitalized the discussion about the importance of biomechanics by reinforcing its place in determining and correcting pathology.” Satterfield said. “We are grateful they chose WesternU for the fellowship. We are going to do everything we can to help it grow and become a reality.”

To make a positive impact on the future of podiatric medicine and your community, you can give to the Scherer-Meltzer Fellowship in Biomechanics. If you prefer to give to the greatest need of the University, you can donate to the University Sustaining Fund. No matter how you choose to express your generosity, every donation, large or small, helps educate the health care professionals of tomorrow and creates thriving communities where health care is available to all. 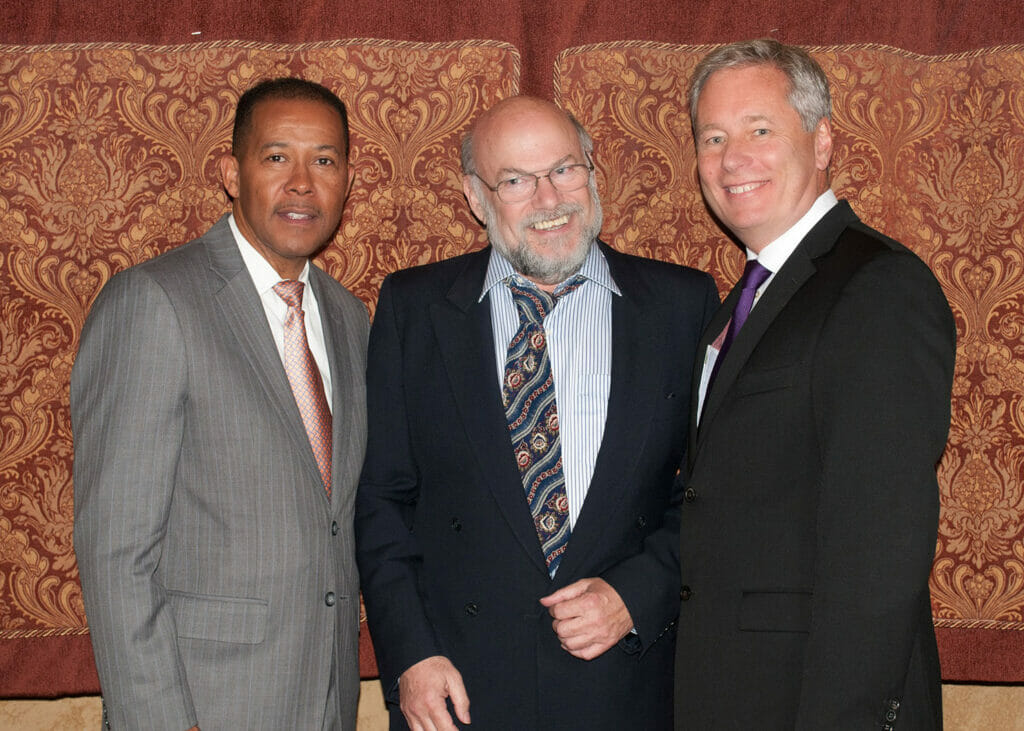