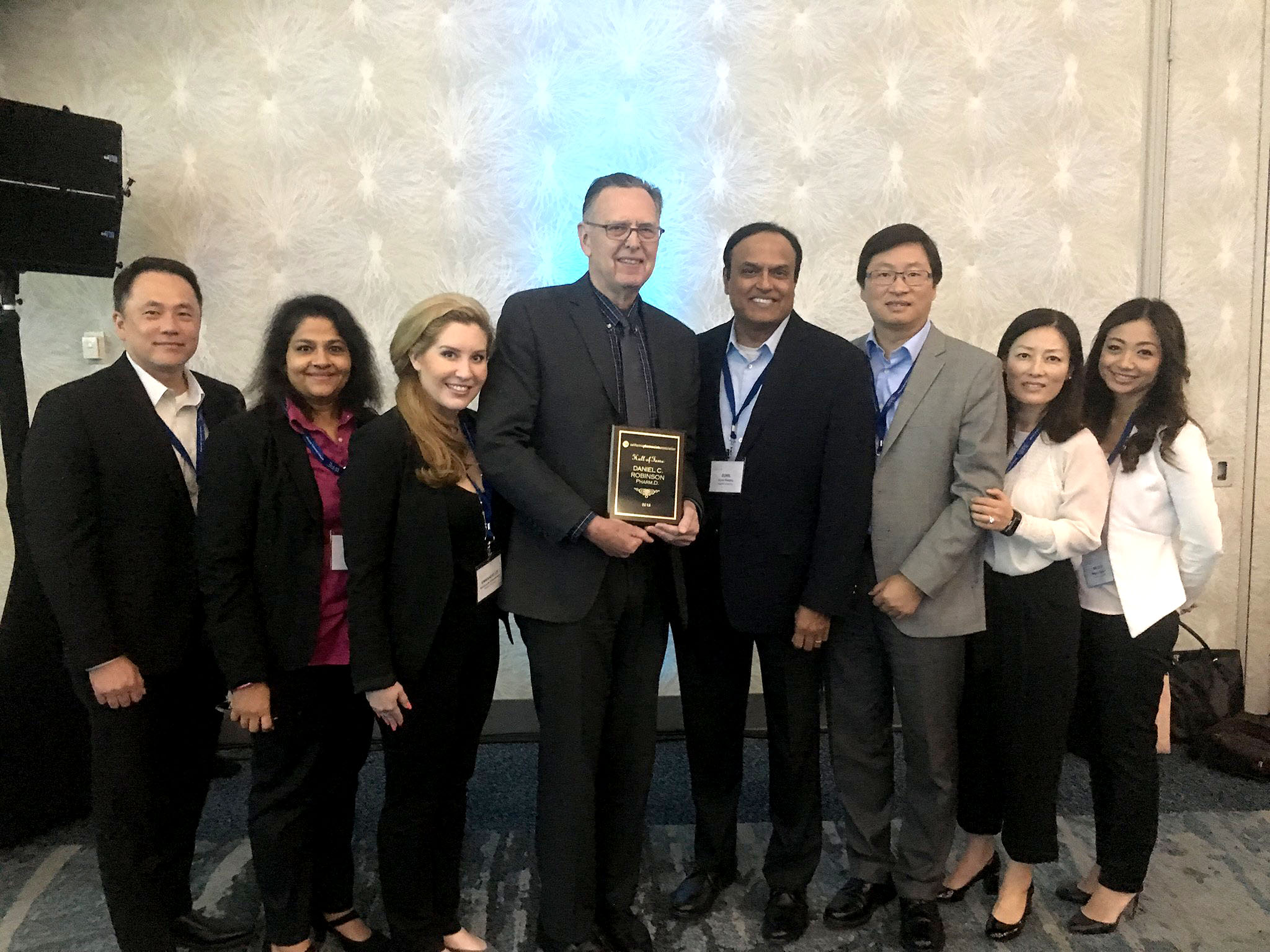 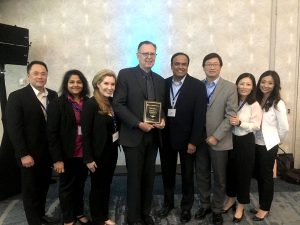 Western University of Health Sciences College of Pharmacy Dean Daniel Robinson, PharmD, has been inducted into the California Pharmacists Association (CPhA) Hall of Fame. He joins 42 pharmacists and is one of only four deans to receive the recognition since it was first awarded in 1997.

Robinson was inducted into the Hall of Fame during the California Pharmacists Association awards ceremony at the Western Pharmacy Exchange on April 13, 2018, in San Diego.

The California Pharmacy Hall of Fame recognizes individuals who are, or have been, an inspiration to the practice of pharmacy in California.

Robinson has been a dedicated educator, administrator and steward of pharmacy for more than 40 years.

“I am humbled and honored to receive this recognition for doing what I truly love: Supporting pharmacy education and health policy that promotes the delivery of pharmaceutical care in all practice settings,” he said.

“Dean Robinson’s pharmacy career has provided him opportunities to positively influence academic pharmacy and lead the push to move the profession of pharmacy into the future … to maximize the role of pharmacists, and to maximize the position of pharmacists to be at the leading edge of their licensure,” Scott said. “I cannot think of any better person to receive the honor of being named to California’s Pharmacy Hall of Fame.”

Robinson graduated from the University of California, San Francisco School of Pharmacy in 1976 and completed a residency in Hospital and Clinical Pharmacy at UCSF in 1977. He then became an assistant professor of clinical pharmacy at the University of Nebraska College of Pharmacy before returning to California to hold a faculty position at USC. He climbed the ranks during his 19 years at USC, serving in the last 13 as chair of the Department of Pharmacy.

From 2001-06 he was dean at Northeastern University School of Pharmacy in Boston. He returned to Southern California in 2006 to become dean of the WesternU College of Pharmacy.

One of Robinson’s significant contributions to the profession of pharmacy was his effort to promote the role of the pharmacist as a provider in California through state Senate Bill 493, said College of Pharmacy Executive Associate Dean Sunil Prabhu, BPharm, PhD.

“(Dean) Robinson was instrumental in participating in early discussions to empower the pharmacist in this state with expanded authority to practice the profession,” Prabhu said. “He contributed significantly to the new language that would eventually become the bill that was signed by the governor into law in 2014, playing a pivotal role in the implementation of this bill, and has continued to promote its merits around the state.”