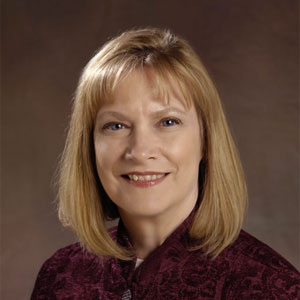 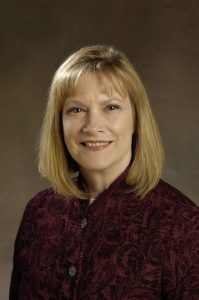 Lopez has served as CGN’s interim dean since Founding Dean Karen Hanford, EdD, MSN, FNP, retired from the position in April 2016. Lopez said she is thrilled and humbled to serve as dean.

“Nursing has become more complex in ways that couldn’t have been imagined a generation ago. Now there’s an imperative to be not just a warm caregiver, and an excellent clinician, but a great innovator too,” she said. “The demands of health care are calling for a new generation of thinkers and leaders who want to be agents of care innovation on interprofessional teams. That’s why nursing education has such a crucial role to play.

“Health care will change as our new president of the United States takes office.  Being able to lead an excellent team of faculty and staff as the dean of CGN is an opportunity to make an innovative difference in the lives of students, patients, the community, and our national health care environment.”

Lopez guided pre-licensure and masters students at Azusa Pacific University for several years before joining CGN in 2009. She was director of the MSN-E program from 2010 to 2014, and led a team of educators to raise Nursing Board (NCLEX) rates to 100 percent, revise curriculum to include QSEN competencies, and establish the first RN Transition to Practice Program in Southern California. She previously served as CGN’s Associate Dean of Research and Administration and Director of the RN to MSN Program.

She established the Community of Scholars at the College of Graduate Nursing, and works as a Nurse Scientist with staff nurses, physicians, physical therapists, and dietitians at a local health care system to improve patient outcomes through designing and implementing evidence-based practice projects. Her research interests include interprofessional education, RN transition to practice, and cancer survivors.

“Dr. Lopez brings to the position the experience of serving as the Director of Nursing at two different hospitals and an understanding of the role of nursing education in meeting regional needs for advancing the profession and the quality of care in the community,” said WesternU Provost and Chief Operating Officer Gary M. Gugelchuk, PhD.

“Since her arrival at WesternU several years ago, Dr. Mary Lopez has demonstrated thoughtful, innovative leadership within our College of Graduate Nursing programs and throughout the University,” said Daniel R. Wilson, MD, PhD, president of Western University of Health Sciences. “The College is at the vanguard of graduate nursing education, an accomplishment due in no small part to Mary’s efforts.  We are fortunate to have found such a capable successor to the founding dean already at WesternU and poised for further progress.”