Western University of Health Sciences’ College of Graduate Nursing (CGN) is ranked in the top 100 nursing schools nationally and is No. 5 in California and No. 3 in the Los Angeles metropolitan area for 2022, according to the Nursing Schools Almanac.

“This recognition is indicative of how our WesternU CGN faculty, staff, students, and graduates are transforming health care and being recognized for their commitment to excellence,” said CGN Dean Mary Lopez, PhD, MSN, RN. “I am tremendously proud of the staff and faculty at CGN.”

The Nursing Schools Almanac ranked nearly 3,000 nursing schools nationwide by their academic prestige, program breadth and depth, and student success on nursing licensure examinations, according to the website.

Among the highlights cited by the Almanac: CGN launched the nation’s first online curriculum for family nurse practitioners. The school also established the first DNP (Doctor of Nursing Practice) and direct-entry MSN (Master of Science in Nursing) programs in Southern California. CGN’s direct-entry MSN students have passed the NCLEX exam at a strong 92% rate over the past decade. 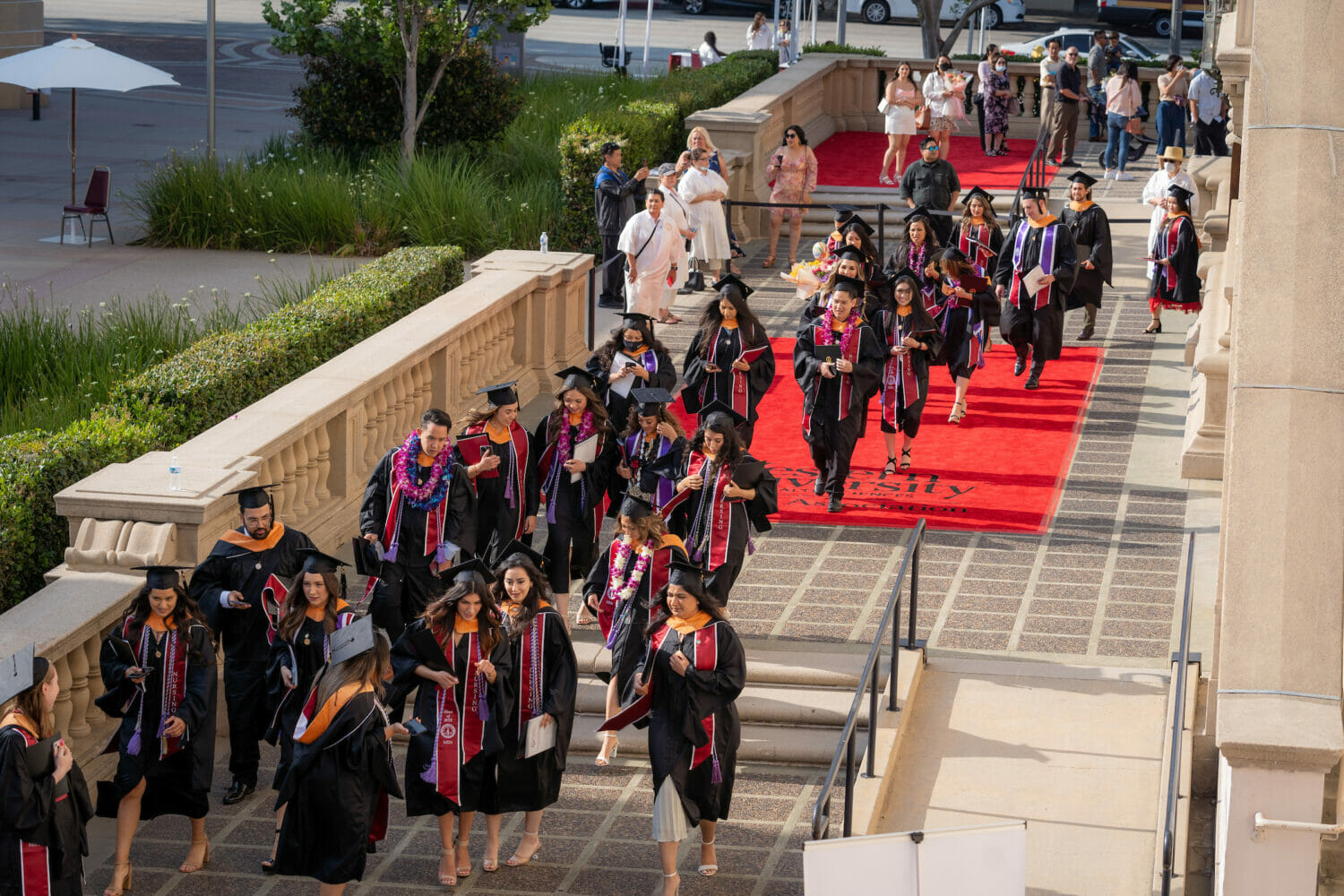 WesternU CGN Class of 2022 graduates walk out of the Pasadena Civic Auditorium after Commencement and into a bright future. (Jeff Malet, WesternU)