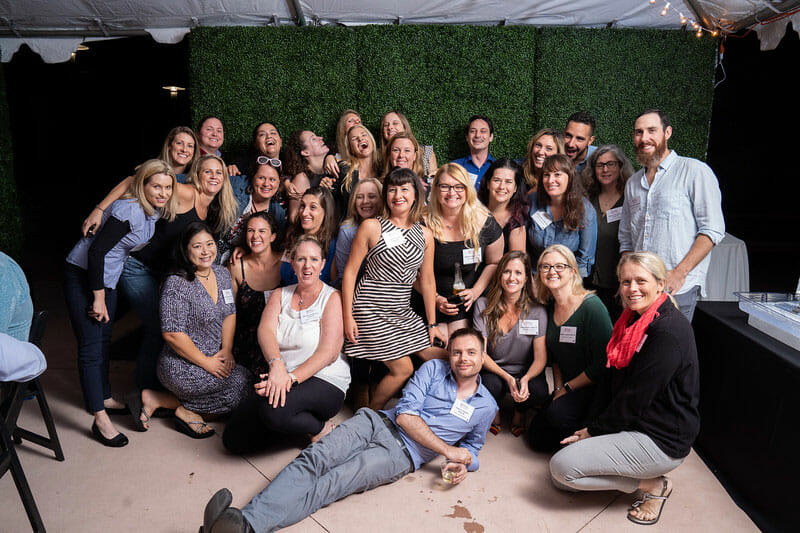 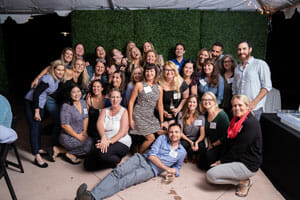 More than 160 guests attended Western University of Health Sciences’ second annual Alumni Reunion Sept. 28, 2019 on the WesternU-Pomona campus. The event provided alumni with the chance to catch up with classmates, reconnect with faculty members and inspire the next generation of health care providers.

“Alumni are an essential part of the future for WesternU. First and foremost, you are our ambassadors to the world. The skills and knowledge you acquired here make the world a better place with our compassion and humanistic mission,” said WesternU President Daniel R. Wilson, MD, PhD. “Just as you have shown the world an example of what it means to be a WesternU grad, you also light the way to the future for our current students. Your professional examples, your mentorships, and your support of future colleagues and the University as a whole is essential to our continued impact as a health education center producing exceptional professionals. Our sustained growth is also fueled increasingly by a growing alumni body, as is our reputation.”

Wilson joked that universities are generally known for their athletic teams and their alumni. “So we’re counting on you because we don’t have any athletic teams,” he said.

The colleges had special activities and gifts for returning alumni, and the event also featured campus tours, live music and dinner.

“One of the enduring legacies of Western University of Health Sciences is the continued engagement and support expressed by so many of our 16,000-plus alumni,” said WesternU Senior Vice President for Advancement Diane M. Abraham, PhD, CFRE. “We were thrilled this year to welcome back to campus more than twice the number of alumni compared to last year, where they reconnected, reminisced, and rejoiced in their shared history and accomplishments. We look forward to many more alumni-focused events – and more reunions! – in the months and years to come.”

College of Pharmacy alumnus Tzu-Chi Hsu, PharmD ’10, said he stays connected with classmates through Facebook and by attending the college’s alumni activities.

“Being in school for all this time, you develop that connection with your classmates,” Hsu said. “Now we are all professionals out there in the world practicing. So it feels important to keep that relationship.

“The school is on the forefront of the newest clinical information, and the students in school today are going to be our colleagues tomorrow,” he added. “That’s why I feel like it’s important to keep in touch with the school as well.”

College of Graduate Nursing alumna Catherine Azubuike, DNP ’13, said she always wanted to get a terminal degree, and a friend suggested CGN’s Doctor of Nursing Practice program. She teaches nursing at Los Angeles Southwest College, and the lessons she learned in the DNP program have helped her in her job.

“I’ve made a lot of changes in the program, made possible from the training I got from here,” Azubuike said. “It’s a great program. If I had the choice, I would do it all over again.”

College of Health Sciences alumna Jane Harpster, MPT ’97, was attracted to WesternU’s physical therapy program because the professors she met were welcoming and the training was more clinically focused than other schools.

“A couple of my professors, (pediatrics) was their passion, and they passed that on to us,” Harpster said.

The College of Veterinary Medicine Class of 2009 celebrated its 10-year reunion in style. Zarah Hedge, DVM ’09, and Briana Mirchel, DVM ’09, used Facebook and Internet searches to track down classmates and encourage them to return to campus. As a result, 28 members of the Class of 2009 attended the reunion.

“It’s amazing to see everybody look great and happy and doing well in their careers,” Mirchel said. “It’s nice to be back here in this environment, and to have all the faculty that showed up for us is just really cool.”

She said that she and her classmates keep in touch on Facebook, but seeing so many in person was special.

“On Facebook you can only do so much,” Mirchel said. “There’s a difference seeing people in person and giving them a hug.”

Getting such a large group together was a team effort, one they hope will continue.

“Now that we’ve started this train, we’re hoping that more people will come the next time,” Mirchel said.

College of Osteopathic Medicine of the Pacific (COMP) alumna Lisa Galloway, DO ’98, has a special connection to the WesternU campus. She and her husband, Randy Galloway, DO ’98, got married in the Health Sciences Center in 1996 after their second year in COMP.

When Lisa was a student, Second Street was still open to traffic through campus. She remembers crossing the busy street with six young family members who were part of her wedding.

“We had to go around back so we wouldn’t be seen by anybody,” she said. “We walked across the street with all the traffic, but not one person to take a picture. Only me in my head. It was very special.”

She rode up the cadaver elevator in her wedding dress to the second floor so guests wouldn’t see her. Lisa and Randy were married on the HSC steps. Classmates helped decorate and COMP staff helped photograph and videotape the ceremony. They smashed a glass in a family heirloom napkin, a tradition in Jewish weddings. WesternU Founding President Philip Pumerantz and his wife, Harriet, collected it all and gave it to the Galloways in an acrylic case, which the Galloways still display in their home.

“That was even more fun, that they became such a close part of our lives, and we kept in touch,” Randy said.

The Galloways both work at McLaren Northern Michigan, Lisa in oncology and Randy in emergency medicine.

“This school gave us an opportunity to live dreams we never would have had without it,” Randy said.