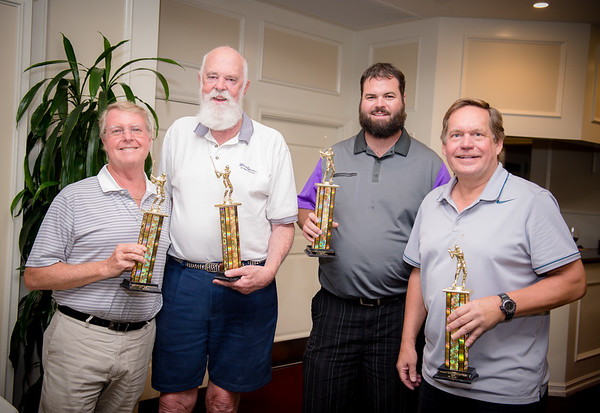 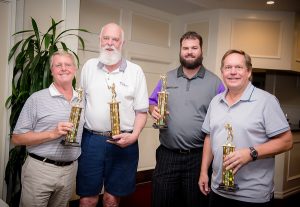 The conclusion of the eighth Western University of Health Sciences’ annual Towne & Gown Golf Classic increased the Classic’s endowment total for student scholarships to about $185,000.

The money raised will add additional scholarships to be awarded next year to deserving students. To date, 16 scholarships have been awarded since the inception of the endowment.

Tournament sponsor T.F. Chen, DDS, underwrote all green fees, carts, lunch and dinner for dozens of enthusiastic golfers who participated in the scramble-format tournament on June 11, 2018 at the Glendora Country Club.

It was Dr. Chen’s final year as tournament sponsor. During a dinner reception following the tournament, WesternU Vice President for University Advancement Diane Abraham, PhD, MBA, brought Chen to the front of the room, wrapped an arm around him and thanked him for his generosity and his eight wonderful years of underwriting the tournament.

WesternU Board of Trustees Secretary John Forbing won the helicopter golf ball drop prize. More than 100 numbered golf balls were dropped from a hovering helicopter, and Forbing’s ball landed closest to the hole. He donated his winnings back to the scholarship fund.

Dr. Abraham and Vice President for External and Clinical Affairs David Baron, DO, MSEd, were acknowledged for the longest drive – Abraham drove the beverage cart around the course with WesternU Provost and COO Gary Gugelchuk, PhD, and Dr. Baron drove a second beverage cart with Marketing Specialist Edith Miranda. The four carried on a tradition established at the inaugural Towne & Gown Classic in 2011 by WesternU Founding President Philip Pumerantz, PhD, and former Board of Trustees member John T. McGwire, DDS.