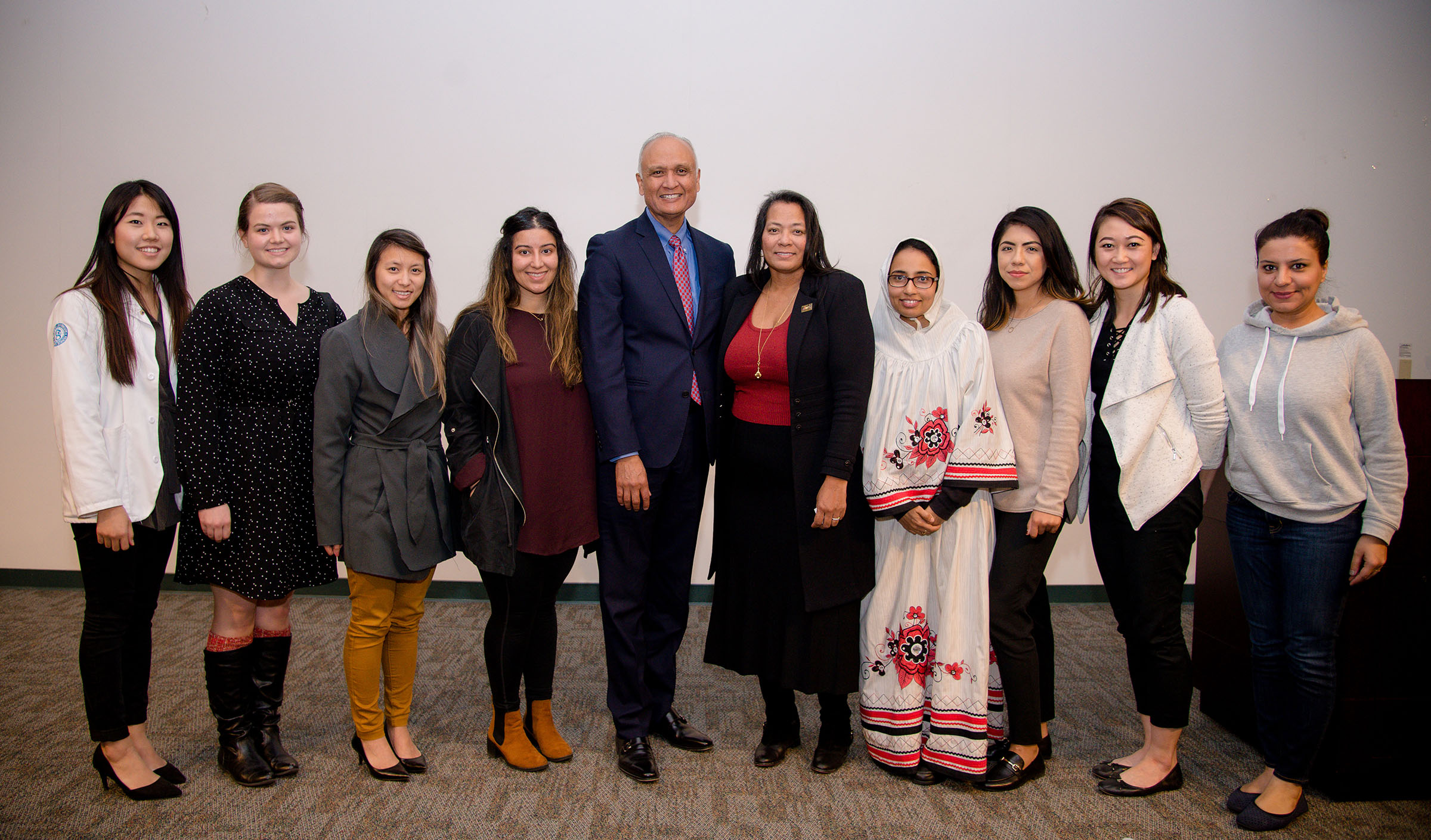 State Sen. Hernandez Urges WesternU Students to Get Involved
College of OptometryCollege of Osteopathic Medicine of the PacificCollege of Pharmacy 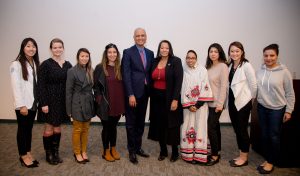 State Sen. Ed Hernandez, OD, D-West Covina, urged Western University of Health Sciences students to get angry and get involved to better their professions and their communities.

Hernandez talked about “The Importance of Being Engaged” with a lecture hall filled mainly with pharmacy and optometry students Dec. 6, 2017 in Pomona, Calif. Hernandez is an optometrist with offices in La Puente and Duarte. He is running for California Lt. Governor in 2018.

First, he shared his personal journey. He learned about optometry when his mother got him a job at the optometrist’s office where she worked. He attended local public schools and went to community college while working 35 hours a week. He then graduated from Cal State Fullerton and earned a scholarship to study optometry at Indiana University, where he met his wife.

They returned to his hometown of La Puente and started an optometry practice together. About 20 years ago, the California Legislature was locked in a budget impasse, so their practice received an IOU instead of a payment for seeing Medi-Cal patients.

He attended a California Optometric Association (COA) meeting to complain and see what recourse he had. He left the meeting as COA’s secretary/treasurer.

“That’s what I get for complaining,” Hernandez said. “But it has been the best experience for me. It has opened my eyes more than I could have ever imagined, all because I was angry and I realized the role government played in what I could and could not do.”

When he graduated from Indiana University in 1986, his scope of practice was much more limited than that of optometry students graduating now. He urged all students to get involved in their respective professional associations.

“The education you have right now, from pathology, to anatomy, to physiology, you are prepared to be a primary health care provider in this country,” Hernandez said. “The advancement of scope of practice that allows your profession to do what you’re doing is because of the associations that you join – the American Optometric Association at the national level and the California Optometric Association at the state level.”

Hernandez authored Senate Bill 493, which expanded the scope of practice for pharmacists to include giving vaccinations, performing patient assessments and prescribing medications. Pharmacy is the most overeducated and underutilized profession we have in this country, Hernandez said. California has more than 40,000 pharmacists widely distributed throughout the state. Many underserved communities could benefit by pharmacists becoming care providers.

“Don’t ever let anybody tell you who you are as a professional,” Hernandez said to all the students in the room. “You are well educated to do everything and anything you want when you graduate from your respective school. Obey the law and you can make a living and you can be very comfortable and you can give back to society by being a health care provider. But I’m going to challenge you to go to the areas where there is a greater need because that is where I really believe we can help.”