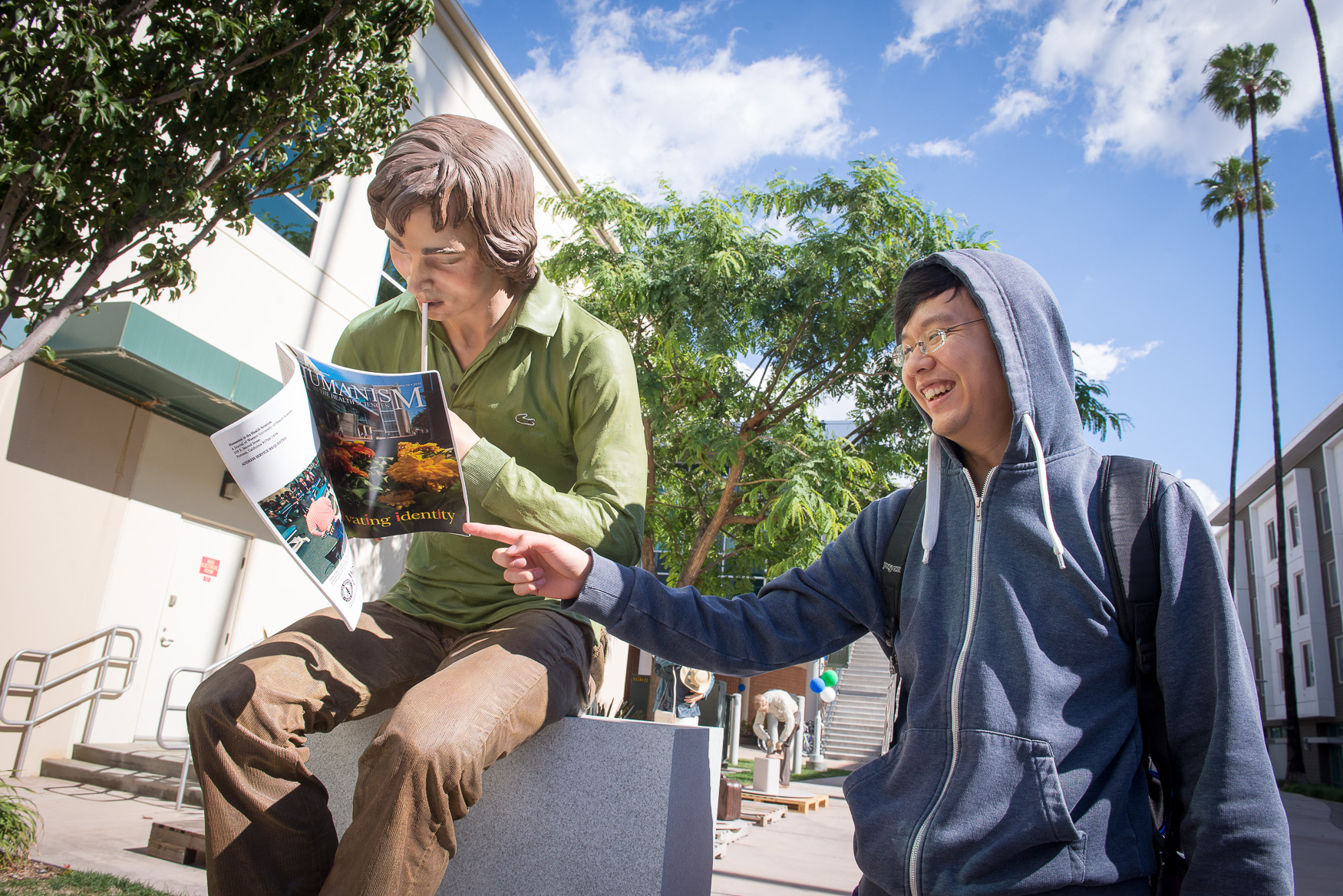 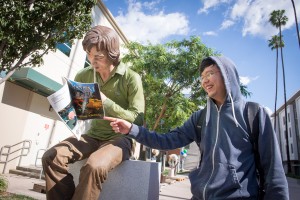 The sculptures were installed Nov. 4, 2015 at WesternU and will remain until Feb. 1, 2016. The exhibition is the result of a generous agreement between WesternU and international not-for-profit The Seward Johnson Atelier, Inc. (TSJA), which owns the entire collection of Johnson sculptures through a gift by the artist.

WesternU’s Esplanade runs east to west between Towne Avenue and Gibbs Street in downtown Pomona. The public is invited to walk the Esplanade and pay a visit to each work, discovering details and posing for photographs with the bronze “people.”

TSJA previously loaned WesternU 10 Johnson sculptures in 2010, and their popularity resulted in an extension of the display from 90 days to more than a year.

Johnson (http://www.sewardjohnson.com), who has had more than 350 of his bronze figures featured in private collections and museums in the U.S., Canada, Europe and Asia, is well-known for the many sculptures he has placed in public places, including Rockefeller Center, Pacific Place, Hong Kong, Les Halles in Paris, and Via Condotti in Rome. These sculptures depict people engaged in everyday activities, and his “Celebrating the Familiar” sculpture series has brought a unique voice to the world of public art.