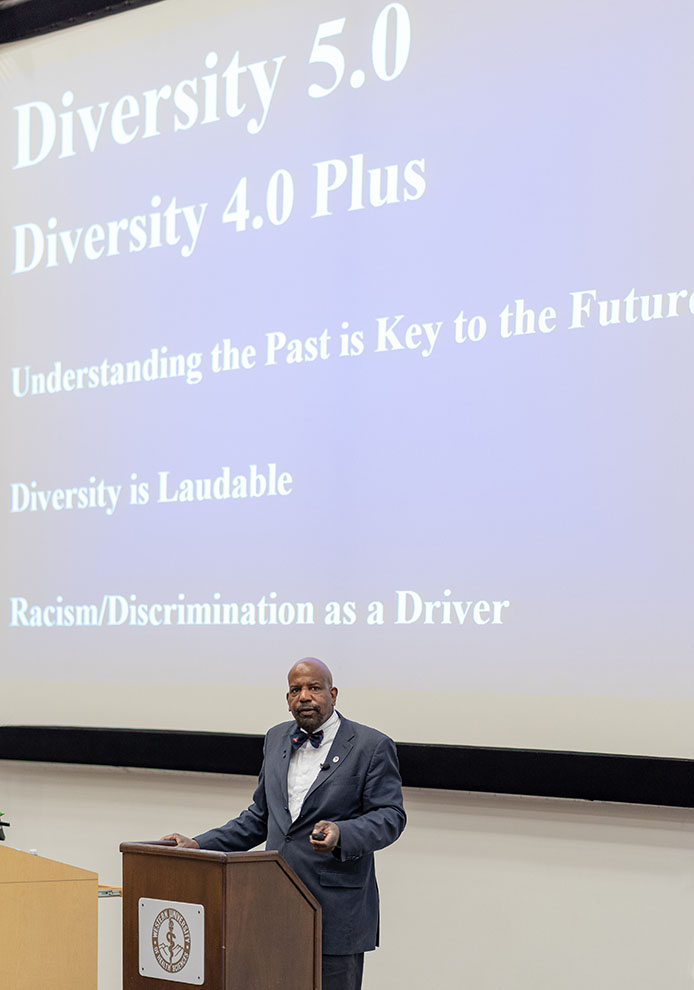 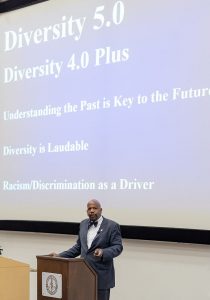 Among his many titles and roles, Dr. Laurencin is just the eighth designated University Professor in the history of the University of Connecticut. He is the Albert and Wilda Van Dusen Distinguished Professor of Orthopaedic Surgery, chief executive officer of the Connecticut Institute for Clinical and Translational Science, director of the Raymond and Beverly Sackler Center for Biomedical, Biological, Physical and Engineering Sciences, and Director of the Institute for Regenerative Engineering at the University of Connecticut

Disparities in care among African Americans is a serious problem that has appeared in medical journals since 1906, Laurencin said. “Unequal Treatment: Confronting Racial and Ethnic Disparities in Health Care,” a landmark study by the Institute of Medicine, found that discrimination was a major factor contributing to disparities in care in settings of equal access.

“There is considerable empirical evidence that even well-intentioned whites who are not overtly biased, who do not believe that they are prejudiced, typically demonstrate unconscious implicit negative racial attitudes and stereotypes,” Laurencin said.

“The counties with higher lynching rates from 1877 to 1950 had higher mortality rates between 2010 and 2014, even after adjusting for other demographic factors, for blacks and for whites, implying that the effects of historic racism still haunt those counties that experienced it,” Laurencin said. “Don’t ever underestimate the influence of racism in the past and now.”

Between 1970 and 2004, the black-white mortality gap resulted in more than 2.7 million excess black deaths, making racism a more potent killer than prostate, breast or colon cancer, according to an article in the AMA Journal of Ethics by White Coats for Black Lives.

“Physicians are intimately involved with institutions that contribute to the victimization of black people and other people of color,” Laurencin said of the article’s findings. “And this includes areas of adequate analgesia, cancer screening, and organ transplants. Addressing racism and its consequences, therefore, should be a central task of American medicine.”

Laurencin explained that allostatic load refers to wear and tear on the body that grows over time when the individual is exposed to repeated or chronic stress. It represents the physiological consequences of chronic exposure to fluctuating or heightened neural or endocrine response. A paper in the Journal of the National Medical Association examined black-white disparities in mortality after controlling for socio-economic effects.

“And what they found was that allostatic load burden partially explains the higher mortality that we see in blacks,” he said.

The Black Lives Matter movement is a response to the disregard, disrespect and dismissal of black people in America that takes place because of racism justified by those whites who believe they are superior, Laurencin said.

“We believe we need to have a Black Lives Matter movement too in medicine, engineering and science to address issues of racism not only in terms of being trained in these areas but also in terms of outcomes,” he said. “What I think we need to do in the future dedicated sustained activities addressing racism and its effects on society.”