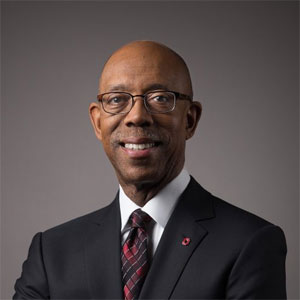 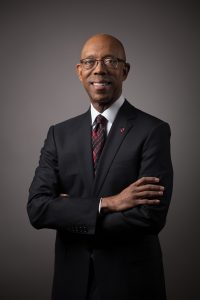 The lecture, which is open to the public, will begin at 5:30 p.m. Thursday, March 30, 2017 in Western University of Health Sciences’ Health Education Center, Lecture Hall I, 701 E. Second Street, Pomona, California 91766. Click here to view a flier.

Drake is the 15th president of The Ohio State University. His vision for the university’s future focuses on access, affordability and excellence, with an emphasis on groundbreaking research and modern and effective teaching. Other focus areas include deepening the university’s community engagement and advancing inclusive excellence and diversity.

He has been a leader in higher education for nearly four decades, serving as chancellor of the University of California, Irvine for nine years prior to his arrival at Ohio State. During his tenure, Dr. Drake made significant progress that resulted in Irvine being recognized as a national leader in increasing minority enrollment and sustainability. In 2014, UC Irvine ranking No. 1 nationally on Sierra Magazine’s list of the “Ten Coolest Schools” for improving energy efficiency and sustainability.

Drake is a member of the National Academy of Medicine and the American Academy of Arts & Sciences. He is vice chair of the Association of American Universities for 2016-17 and will serve as chair for 2017-18. He currently serves on the AAU Membership Committee and is completing a three-year term on that organization’s board of directors. He also serves in leadership roles for the University Innovation Alliance, National Collegiate Athletic Association and B1G 10 and as chair of the Council of Presidents of the Association of Public and Land-grant Universities. In 2015, he was appointed to the board of the Rock and Roll Hall of Fame.

“The goal of the lecture series is to bring leading physicians and scientists who can share the latest knowledge, trends and thoughts that would be relevant to our entire health sciences complex,” Harkless said.

Harkless hopes Drake’s many leadership roles will inspire his students and others. Podiatrists sometimes have tunnel vision and just focus on the foot, so bringing in leaders such as Drake will show students new possibilities.

“You can be anything in the house of medicine you want to be,” Harkless said. “Whether you’re a veterinarian, DO, MD, you could be chancellor or dean. But if you don’t see it, you don’t dream or aspire to do that. This is an example of, ‘I can be like Dr. Drake.’ ”