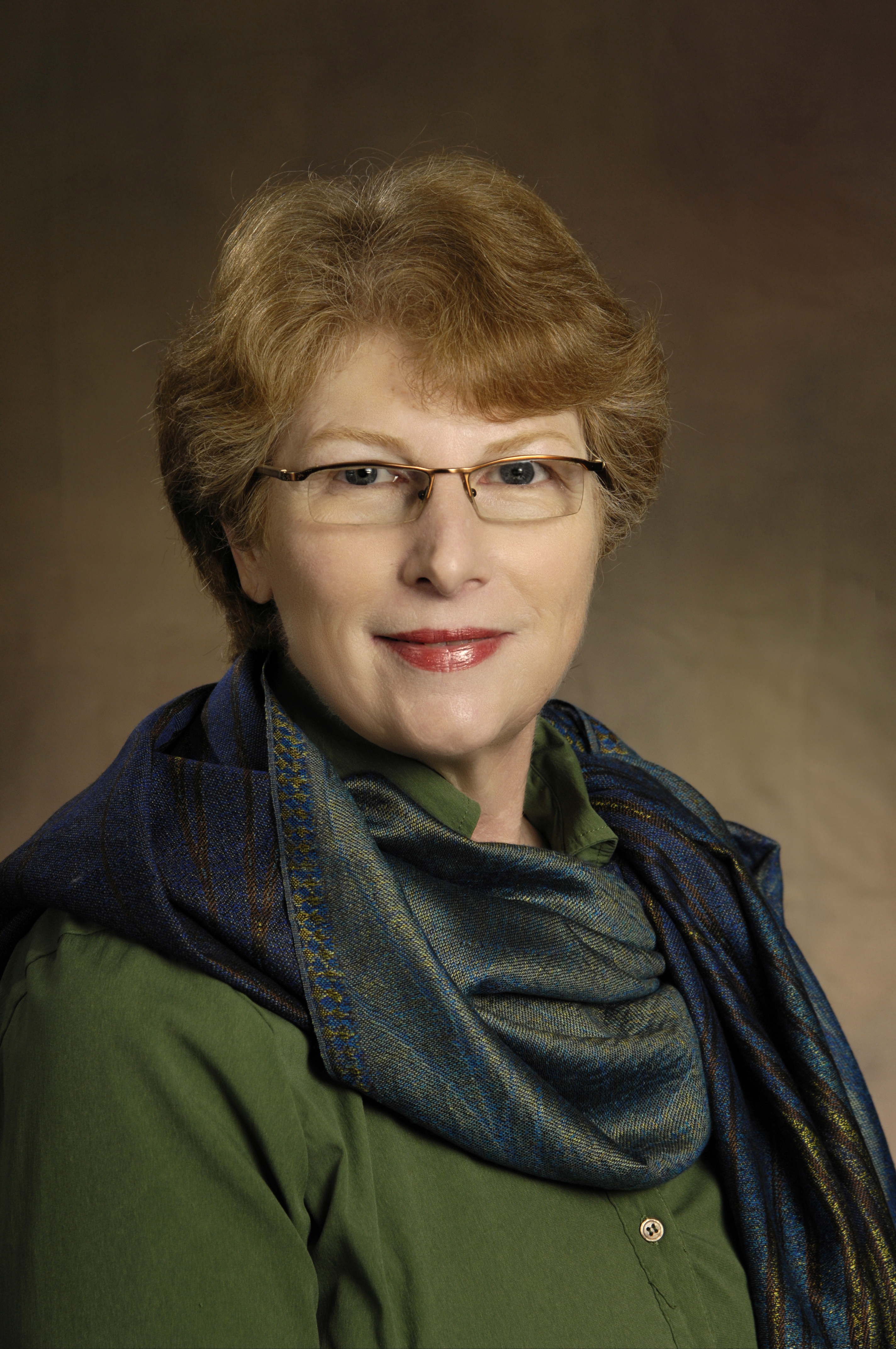 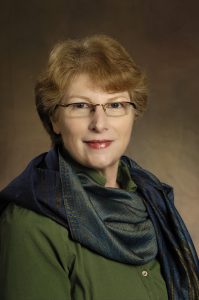 Western University of Health Sciences’ College of Podiatric Medicine is trying something unprecedented in podiatric medicine – having its students sit for the same licensing exam as osteopathic (DO) and allopathic (MD) students.

“Dr. Satterfield has been an integral part of the College of Podiatric Medicine from its early days. She is uniquely qualified to lead the College as a seasoned academic podiatric physician and surgeon,” said Daniel R. Wilson, MD, PhD, President of Western University of Health Sciences. “She will ensure that the high standards of performance and accomplishment set by the College over the past decade will continue to be met, indeed, surpassed, even as our students enter a new era for podiatry at WesternU and beyond.”

Satterfield has worked at WesternU since September 2010 and provides leadership continuity as she succeeds Founding Dean Lawrence Harkless, DPM, who retired in June 2017, and Executive Associate Dean Lester J. Jones, DPM, MSEd, who has served as interim dean and will retire at the end of April.

“Our college is going through some growing pains,” Satterfield said. “I was afraid if I stopped now maybe somebody with a different goal would come in. We’re trying something very ambitious here in California and that is a change in our license, in a way.”

Satterfield had planned to retire before being asked to consider becoming a candidate for dean.

“Dr. Satterfield brings a wealth of academic and personal experience to the position of dean. She was one of the founders of our pioneering curriculum, integrating podiatric education with that of the other health professions, and our outcomes demonstrate the correctness of our approach,” said WesternU Provost and Chief Operating Officer Gary M. Gugelchuk, PhD. “Now she brings that wealth of background to propel the College to even higher levels of achievement.”

The reason Satterfield decided to take on the task: CPM students.

“I love our students,” she said. “We wouldn’t be here if it weren’t for our students, and they have the potential to treat so many more people than one person can.”

CPM students are now more than 90 percent embedded with College of Osteopathic Medicine of the Pacific students, taking much of the same curriculum and tests.

“Because we asked ourselves a few years ago, ‘When does an orthopedic surgeon become an orthopedic surgeon? In his or her residency,’” Satterfield said. “Why should it be any different for podiatric physicians and surgeons? We want our students to be excellent doctors first, and then trained to be podiatrists.”

In preparation, WesternU CPM students will sit for the Comprehensive Basic Science Examination beginning this year and for the next two years, as a preliminary testing process to identify readiness to sit for the United States Medical Licensing Examination (USMLE) steps 1, 2 and 3.

“Once we prove our students are passing the same tests that their DO and MD colleagues do with success, we have a good argument that we have reached parity,” Satterfield said.

One concern emanating from others in the profession is whether CPM students would concentrate on becoming physicians at the expense of becoming good podiatrists.

“Our students have proven that to not be the case,” Satterfield said. “They have the highest rate of residency placement of any school in America. Our students have a 100 percent pass rate on their clinical skills physical exam and ultimately on their boards part 2, which is all podiatry. I think we have proven that you can be a good physician first and then trained to be a podiatrist.”

Dr. Satterfield is the person best suited to take over the as the next CPM dean, Jones said. She understands CPM’s highly comprehensive and rigorous curriculum, the complex nature of regional and professional accreditation standards and requirements, and has the highest degree of integrity, diligence, intellect and resilience to failure, which places the College in good hands.

“It is my belief that she possesses a feeling of a calling to maintain the highest standards that are the fundamental building blocks that gave rise to the Western University of Health Sciences College of Podiatric Medicine,” Jones said.

Satterfield, who became a podiatrist as a second career, never imagined she would be dean one day. She first learned about podiatric medicine while working as an investigative journalist at the El Paso Times. She was investigating a medical doctor with questionable practices on the El Paso-Juarez border, and in the course of her undercover work met podiatrists who were in the same building as the subject of her investigation. They specialized in diabetic limb salvage and wound care, which she found interesting. She continued to visit them to learn more about their profession long after her investigative series was over.

“I had always been interested in the medical field,” Satterfield said. “In podiatry I saw that patients would come in with a problem and a procedure would be done for them, whether it was an injection or wound care, and they all seemed to be happy going out. I thought that would be really fulfilling and satisfying. You’re helping somebody and actually making a living doing it. It was so very different than investigative journalism work where I had to ask people questions they really did not want to answer and I had a lot of doors shut in my face.” 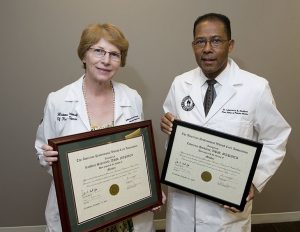 She first met Harkless as a podiatry student, and he would have a tremendous influence on her career. He recruited her to work with him at the University of Texas Health Science Center at San Antonio, and then, after he came to WesternU, convinced her to come to Pomona during the College of Podiatric Medicine’s early years.

“He hired me first as a consultant, and then I came out as a faculty member and associate professor, and then rose through the ranks. It’s been a wonderful adventure,” Satterfield said. “I really have enjoyed it. I have a lot to thank Dr. Harkless for in my life.”

Now as dean she will focus the College’s recruitment on Pomona and the surrounding areas, which have a lot of top-quality students interested in a surgical career. A large number of CPM students come from UC Riverside and UC San Diego. CPM will increase recruiting at those schools and all University of California branches.

“If you go into medical school as an MD or DO student you’re not guaranteed that you will have a surgical career,” she said. “If you go into podiatric medicine and surgery, you are guaranteed you will come out as a surgeon (from) your training.”

She also wants to raise the profile of podiatric medicine as a whole.

“Our profession is one of the best-kept secrets in the world,” Satterfield said. “Once a student shadows a podiatrist at the hospital, or they go into the operating room, or they see patients in the clinic, they love it. They ask, ‘Why didn’t I know about this?’”

Podiatric medicine is a small profession, with about 15,000 practitioners in the U.S., far too few to take care of everyone with diabetic foot problems, sports injuries or other needs that podiatrists are trained to address.