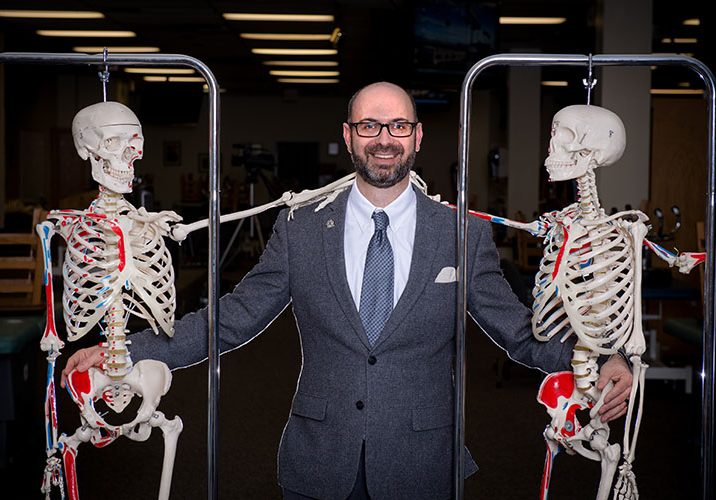 From OPSC Rookie of the Year to President

From OPSC Rookie of the Year to President 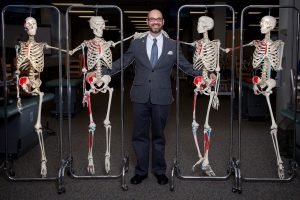 COMP Assistant Professor Brian Loveless, DO ’02, with some
of his teaching tools in the NMM/ OMM lab. (Jeff Malet, WesternU)

As president of Osteopathic Physicians & Surgeons of California (OPSC), Brian Loveless, DO ’02, says the organization will face two major challenges in the coming year: finding continued growth for osteopathic physicians in the single Graduate Medical Education (GME) accreditation system, and determining how looming changes to the Affordable Care Act will affect California.

Loveless, College of Osteopathic Medicine of the Pacific (COMP) assistant professor of Neuromusculoskeletal Medicine/Osteopathic Manipulative Medicine (NMM/ OMM), has been president-elect of OPSC for the past year, and will be installed as president on Feb. 18, 2017, during the group’s 56th annual convention President’s Banquet in San Diego.

Task No. 1 for OPSC will be “to make sure that osteopathic physicians retain their distinctiveness while integrating into this new (GME) system,” Loveless said. “Two, what is the Affordable Care Act going to look like over the course of this year? I think we are going to see some fairly rapid changes, because the Republican majority needs to do those changes quickly. How is that going to affect our state?”

Loveless, a COMP alumnus from the Class of 2002, became an active member in OPSC during his second year in residency at Chino Valley Medical Center, through encouragement from mentor and fellow COMP alumnus James Lally, DO ’93.

In the past 10 years, Loveless has provided osteopathic manipulative therapy education to more than 2,000 students. After graduating from COMP, he served as a preceptor in private practice and returned to campus to teach NMM/OMM, then was hired at WesternU in 2011.