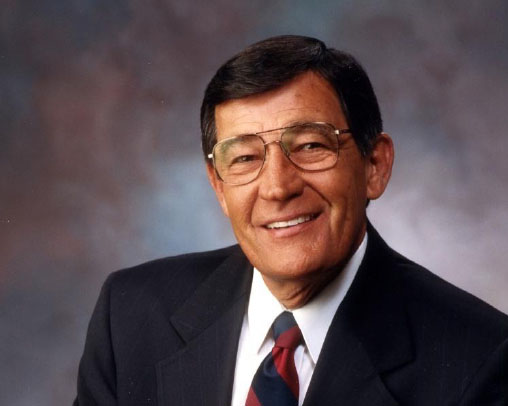 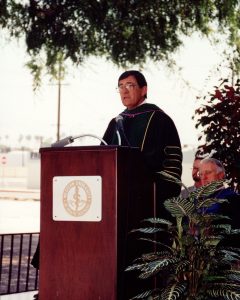 Donald J. Krpan, DO, FACOFP, who served as dean and provost of Western University of Health Sciences’ College of Osteopathic Medicine of the Pacific (COMP) and championed the osteopathic profession, died on January 4, 2018, his family announced.

In lieu of flowers, the family asks that donations be made to the American Osteopathic Foundation, 142 East Ontario Street, Suite 1450, Chicago, IL 60611.

Krpan served multiple roles at COMP and WesternU from 1988 to 2003, including professor of family medicine, director of post-graduate training, executive vice president for academic affairs and provost. Krpan was COMP dean when COMP’s current dean, Paula M. Crone, DO ’92, was an osteopathic medical student.

“The dean you have when you’re a medical student is the dean you hold on to for the rest of your career,” Crone said. “When I took over as dean he was one of the first to call me and lend his ear and his support and let me know he was there to back me up in any way he could.”

Krpan called her last week to wish her a happy new year and check in, Crone said. They talked regularly about COMP and the state of medical education and the profession.

“He was such a gentleman and such a strong contributor to the osteopathic profession,” Crone said. “After he left WesternU he didn’t lose his COMP roots. He always kept an eye on us. He was always there to support our students and our team.”

The osteopathic philosophy embraces humanistic care and having concern for the total patient. Krpan exemplified those principles in helping his students. COMP-Northwest Assistant Professor Robyn Dreibelbis, DO ’95, gave birth to her son, Kyle, three days into her second year of medical school at COMP. Krpan and WesternU President Philip Pumerantz arranged for the creation of a nursery above the lecture hall in the Health Sciences Center, allowing Dreibelbis to nurse her baby and care for him while following lectures on a live feed.

“They were definitely ahead of their time,” Dreibelbis said. “I walked in on the first day to a changing table, crib and rocking chair. It was remarkable. I will be forever grateful.”

A practicing family and emergency medicine physician for more than 20 years, Krpan was a 1967 graduate of the University of Health Sciences/College of Osteopathic Medicine in Kansas City, Missouri.

COMP Vice Dean David Connett, DO ’84, said Krpan was his mentor and a “second dad” who helped steer him to COMP and osteopathic medicine. Krpan wrote him a letter of recommendation to be admitted to COMP. Krpan also served as the family physician to Connett’s father.

“He was really passionate about the osteopathic profession,” Connett said. “He was a giant. He was selfless. He was looking out for the profession, not himself. His fingerprints are all over where the profession is at today.”