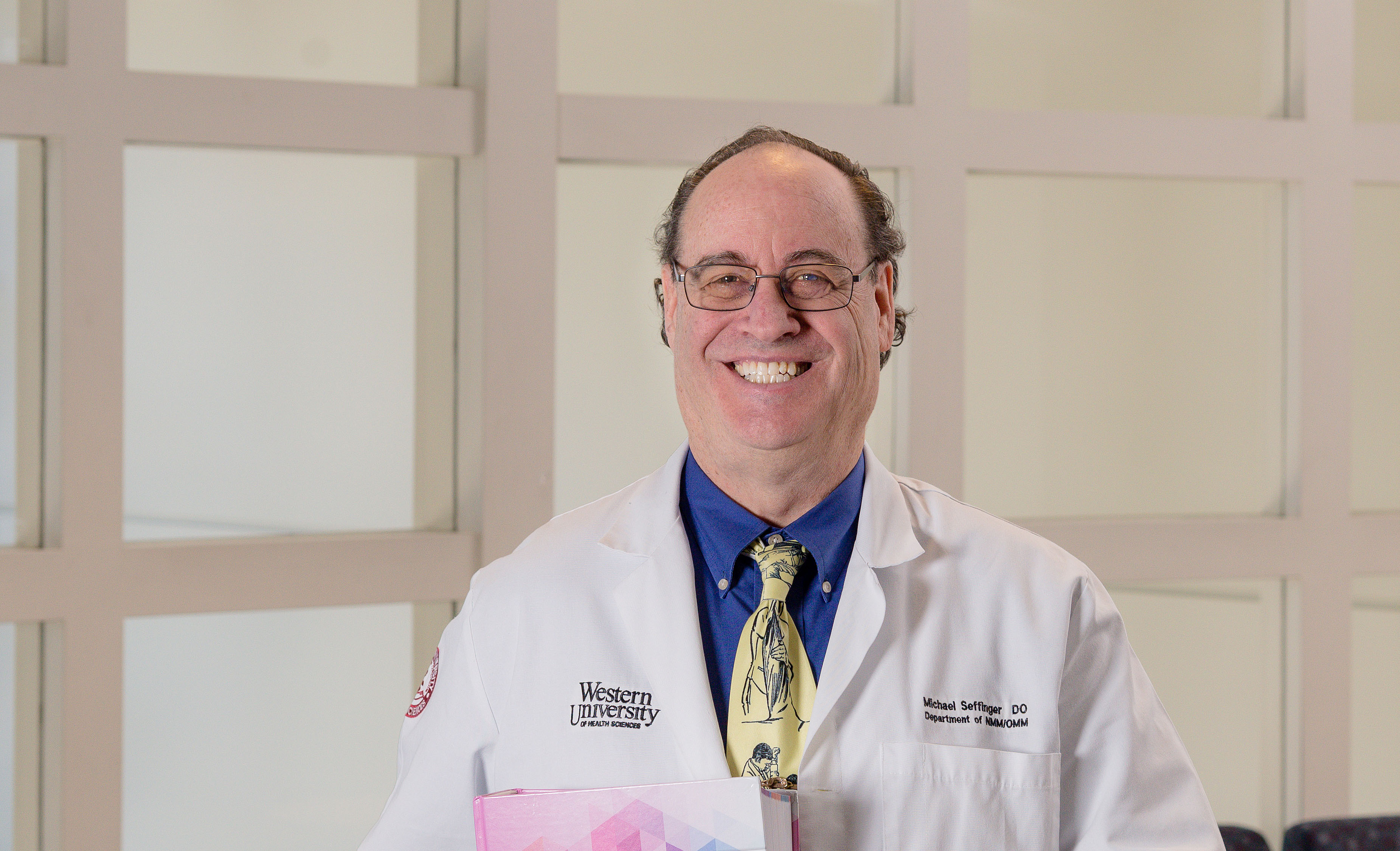 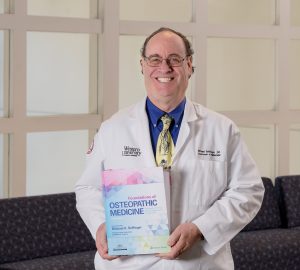 Michael A. Seffinger, DO, served as executive editor of the fourth edition of “Foundations of Osteopathic Medicine.” (Jeff Malet, WesternU)

A Western University of Health Sciences professor served as executive editor of the fourth edition of “Foundations of Osteopathic Medicine,” released in December 2018. It’s considered the most authoritative and comprehensive resource on osteopathic medicine for students, physicians and educators and is required reading for first- and second-year osteopathic medical students throughout the U.S.

Seffinger led a team of about 60 COMP faculty, students, staff and alumni who contributed by editing, writing, formatting and illustrating. WesternU personnel made up more than half of the nearly 120 contributors to the textbook nationwide.

“The goal of this new edition is to guarantee the curriculum at each of the osteopathic colleges contains an osteopathic component to ensure each student graduates from any institution with the same osteopathic philosophy and principles of practice,” Seffinger said. “Faculty use this as a reference text for their test questions. It’s a very important book. It’s the only book of its kind that uses resources from across the profession.”

Dr. Crone thought it important for Seffinger to be executive editor during work hours so that he could mentor other faculty and edit the textbook. She also encouraged COMP faculty to author or co-author material.

“Dr. Seffinger was instrumental in producing this new-edition textbook that is reflective of the dedication to teaching osteopathic medicine and philosophy at WesternU and throughout the nation,” Crone said. “It’s wonderful to see so many contributions from those associated with WesternU, which exemplifies how passionate and committed we are to educating future physicians.”

More than half of the fourth edition of the Foundations textbook has been rewritten, updated or added chapters. Whereas the second edition used an organ systems-based approach and emphasized osteopathic patient care in medical specialty practices, the third edition was primary care- and case-oriented.  The fourth edition combined popular elements from the second and third editions, since some osteopathic colleges use a systems-based curriculum while others use a case-based approach. (COMP, among others, combines these two curricular designs.) Thus, the fourth edition is almost 50 percent larger than its predecessors — more than 1,600 pages — because it includes both systems-based and case-based chapters. 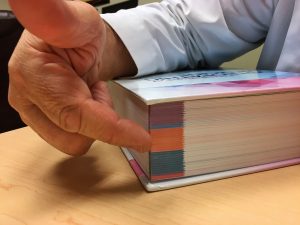 The book includes color codes for separate sections and headings so readers can find their way through the book or within chapters more efficiently. It’s also colorized with photos and illustrations. Previous editions were in black and white.

COMP NNM/OMM Professor Ray Hruby, DO, MS, is the section editor for part 3: The Somatic Component, was a co-author on five chapters, and authored three chapters. He’s been involved in all four editions of the textbook, and proudly took on section editor duties when Seffinger asked.

“The somatic component refers to the neuromusculoskeletal changes (somatic dysfunctions) that are present in any given patient,” Hruby said. “Somatic dysfunctions may be due to postural, gravitational or biopsychosocial stresses, trauma, or may be reflections of pathological conditions involving internal organ systems.”

“This is really the heart of osteopathic principles and practice, and I have been teaching and practicing it for my entire career spanning five decades,” he added. “It is the major portion of our (NNM/OMM) department’s curriculum, and all of our department members contribute to teaching this to our students, and authored chapters for this textbook.”

“ECOP’s goal is for this fourth edition to continue to serve to increase the consistency of knowledge provided to our students and truly provide their osteopathic foundation,” she said. “We have been proud to partner with Dr. Seffinger to bring this edition to fruition.”

The textbook is published by Wolters Kluwer and endorsed by the American Osteopathic Association (AOA). It’s available through the WesternU Bookstore,Amazon.com and on the LLW website.