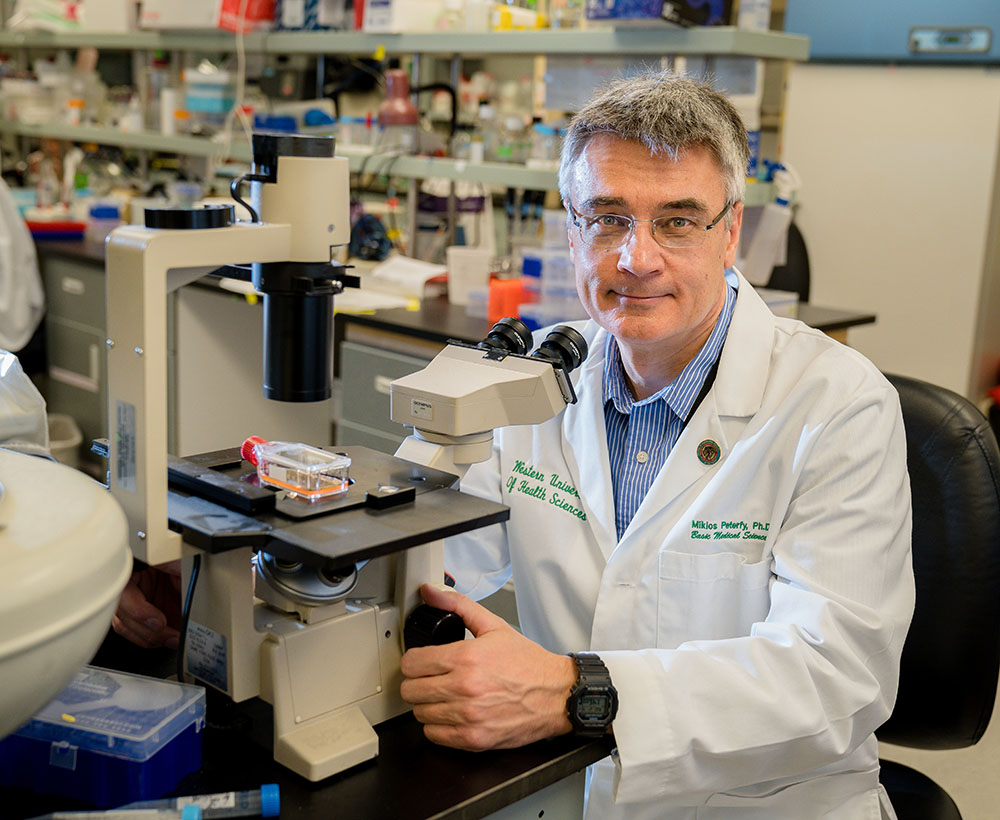 COMP Department of Basic Medical Sciences Professor of Biochemistry Miklos Peterfy, PhD, has had his study “Adiposity-Independent Effects of Aging on Insulin Sensitivity and Clearance in Mice and Humans” selected as an Editors’ Choice article for the March issue of Obesity. (Jeff Malet, WesternU)
College of Osteopathic Medicine of the Pacific 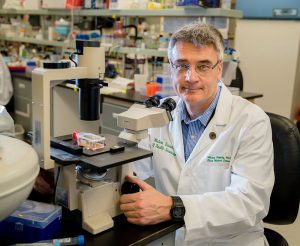 COMP Department of Basic Medical Sciences Professor of Biochemistry Miklos Peterfy, PhD, had his study “Adiposity-Independent Effects of Aging on Insulin Sensitivity and Clearance in Mice and Humans” selected as an Editors’ Choice article for the March issue of Obesity. (Jeff Malet, WesternU)

College of Osteopathic Medicine of the Pacific Professor Miklos Peterfy, PhD, authored a study selected as Editor’s Choice for the scientific journal Obesity.

This collaboration with scientists at Cedars-Sinai Medical Center questions assumptions made about the role of aging and increased body fat in insulin resistance. Aging is associated with increased incidence of diabetes. As we age, we put on more body fat. Until now, the main hypothesis to explain how aging predisposes to diabetes was the accumulation of body fat, which increases the risk of diabetes in all age groups, Peterfy said.

“In this study, we wanted to find out whether this was the whole story. Is it only more fat accumulation in the elderly that predisposes to diabetes, or are there other age-related factors?” he said.

To address this question, Peterfy’s team studied old mice and younger mice with the same amount of body fat.

“We unexpectedly found that even when there was no difference in fat mass between old and young mice, the old mice were still more resistant to insulin,” Peterfy said. “This means that aging predisposes to diabetes irrespective of fat accumulation.”

Consistent with the mouse studies, the team also found in a cohort of more than 1,000 human subjects that insulin resistance increases with age even after adjusting for body mass index, a surrogate measure of fat content.

“Taken together, this study raises the possibility that the mechanisms of insulin resistance and diabetes may be different in the elderly and general population. Our results provide the foundation for future studies to identify the pathophysiological mechanisms specific to the elderly population,” Peterfy said. “There are a number of aging-associated comorbidities to investigate in this context including inflammation, loss of muscle mass and reduced physical activity.

“We have a good understanding of how increased body weight and fat mass cause insulin resistance and diabetes in the general population,” Peterfy added, “but we know relatively little about the causes of metabolic disease in the aging population.”

Asked about why this paper was highlighted by the editors of Obesity, Peterfy pointed out that “this study integrates results from preclinical animal models and clinical data. It’s a nice illustration of how mouse and human studies can be combined and confirm each other.”