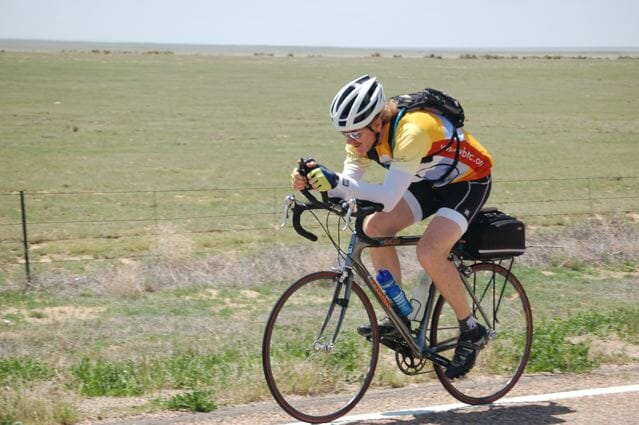 WesternU College of Optometry’s Dr. Bennett McAllister: On life, music and the rhythm of cycling 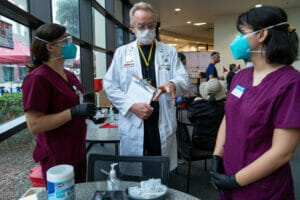 “Optometry is THE helping profession wherein one can positively change lives while still having a life of one’s own,” he said.

McAllister has spent 40 years in the profession instilling these values in students and living a life that also exemplifies them. Click to view a bonus Q&A with Dr. McAllister.

McAllister said in his entire career, he has never examined eyes. He examines people who happen to have eyes.

“So making her see better – and I did – was something she rejected because it hurt her quality of life,” McAllister said. “It’s not listening with your ears to make them see better. You have to listen with your heart when you are trying to get quality-of-life interests.”

McAllister earned his Doctor of Optometry degree from UC Berkeley in 1981 and worked in private practice for 29 years. He worked for someone else for two years, then opened his own practice. He and his wife raised three boys, and owning his own practice allowed him the flexibility to set his own schedule.

Two mornings per week he worked in his sons’ school and then he went into the office in the afternoon. His wife also worked a flexible schedule, so their boys spent very little time without at least one parent at home. 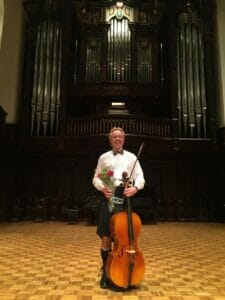 McAllister has wide and varied interests outside of teaching and caring for patients. He played cello as a child, took a 30-year hiatus for work and family, and then came back to it about seven years ago. He performs in the La Verne Symphony Orchestra.

“Every kid should have music. It’s a math concept in their head,” McAllister said. “And they’re able to do things better with music. Once music is in their life, it enrichens it, not that they have to play all their lives. But it gives them pathways in their brain.”

Another lifelong interest that McAllister continues to pursue is cycling. He blew out his knee in 1973. Doctors told his parents to get used to him in a wheelchair. They didn’t think he was going walk again.

When he was 16, he rode from San Francisco to Santa Barbara, down the coast. About a decade ago, he rode his bike across the country – 2,800 miles.

“When I rode across country, I waved to everybody. All the motorcycle gangs, you wave to them and they wave back. It’s good to have them as friends,” McAllister said. “Biking is a bit of freedom. It gets one into a rhythm. “If I let my brain freewheel with that pattern, that rhythm, thoughts come to me. Issues that were difficult to figure out, all of a sudden have solutions. It’s a mindfulness, not just a physical thing.”

He averaged about 86 miles a day.

His trek across the country was staged over a few years, since he couldn’t take seven weeks off at one time. He would bike a distance, mark where he stopped, return to work, and then return to where he last stopped to continue his ride. While cycling in southern Illinois, his phone rang. It was College of Optometry Founding Dean Elizabeth Hoppe, OD, MPH, DrPH, offering him a position at WesternU.

“We were negotiating a contract when I was on a hilltop in southern Illinois, just before I crossed the Ohio River into Kentucky,” he said. “The next town I went through was Elizabethville. It was meant to be.”

McAllister had one more stage to go when he started at WesternU in 2010. He made sure to allow for vacation time so he could finish his ride. But completing a cross-country ride was not a bucket list item.

Dr. McAllister cycling in Colorado during his ride across the U.S.